The performances of Lisa Conradie and Angela Maguire at the recent African Gymnastics Championships in Swakopmund, Namibia have led to them being selected to represent South Africa next month in a gymnastics competition in Japan.

The 14-year-old Conradie (Tuks) was brilliant at the Championships, winning two gold medals, a silver medal and bronze to finish second overall in the junior category. More importantly is that she provisionally qualified for the Olympic Youth Games in Buenos Aires (6-18 October).

Louis Fourie, her coach, said he was impressed by how Conradie (pictured above) seems to be able to handle pressure when competing. ‘Lisa is something special. When she walks out to perform her routine, no matter which apparatus, I can’t help it, it’s as if I’m watching something special.’

Maguire, who is studying BCom Accounting at Tuks, was third overall in the senior competition during the African Championships.

For now, she is satisfied with her performance, but she admits that she has to tweak a few small things in her technique for the various apparatus before competing in Japan.

She would have it no other way. According to her, the quest to perform that one perfect routine is one of the reasons she fell in love with the sport.

‘Gymnastics is, as far as I’m concerned, the ultimate sport as you are forever able to shift the boundaries.

‘There are never any half measures. You are either doing it right or wrong. One of the amazing things about the sport is that you get to learn that anything is possible if you are prepared to put your mind to it.

‘I’m constantly surprised as to what the human body is capable of,’ said Maguire, who trains up to three hours, six days a week. 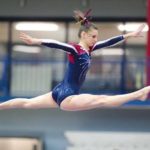 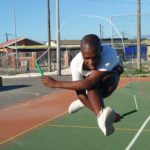 Green and gold debut for Tumtumana

Tokyo looms, again, We don’t know for sure in what shape of form the Olympics and Paralympics will take place in July to September and if anything 2020 taught us to take nothing for granted. What we do know is that if Tokyo 2020 +1 does go ahead, it will do so against a new-found back drop where simply taking… END_OF_DOCUMENT_TOKEN_TO_BE_REPLACED