African 100m hurdles record holder Antonio Alkana was the only South African in action in the Diamond League meeting in Monaco on Friday night.

The 30-year-old, who had posted a season’s best time of 13.58 seconds at the Paavo Nurmi Games in Finland earlier in the week, finished eighth in 13.87, with victory going to the Spaniard Orlando Ortega in 13.11.

The highlight of the night was delivered by Uganda’s Joshua Cheptegei who produced an astonishing run to break the 16-year-old 5000m world record by almost two seconds.

The 23-year-old, who won the 10000m world title in Doha last year, was guided by trackside lights illustrating world-record pace, and came home in 12min 35.36sec. The previous mark, set by Ethiopian great Kenenisa Bekele, was 12:37.35.

Remarkably it is Cheptegei’s second world record in Monaco this year, despite the season being badly disrupted by the coronavirus pandemic.

He broke the 5km road world record there in February.

Elsewhere, world champion Noah Lyles showed his quality in the 200m with a commanding victory in 19.72. His younger brother, Josephus, was second on his Diamond League debut.

Norwegian world champion Karsten Warholm turned the 400m hurdles into a solo time trial, breaking Kevin Young’s 1992 meeting record in 47.10 and serving notice of his intention to do the same to the American’s long-standing world mark. 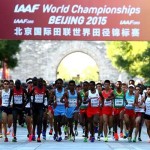 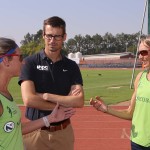 Wöstmann can run her way into SA running history on Sunday

By GARY LEMKE in Tokyo On the third day of staying in the Paralympic village bubble “it” finally dawned on me. “It” wasn’t the sheer visual aspect of the 4 000-plus Paralympians with disabilities all in the same environment of towering 17-storey apartments and surrounded by a 4km perimeter fence. Admittedly, that is the initial and most common conclusion of… END_OF_DOCUMENT_TOKEN_TO_BE_REPLACED