Kevin Anderson lost his second round match in the men’s singles at the Australian Open in Melbourne, going down in five sets to the 29th seed, Taylor Fritz.

Anderson has never been past the fourth round at the first Grand Slam event of the year, and in the last three attempts has been eliminated in the first and second rounds (twice), respectively.

Anderson won the first set against Fritz 6-4 with one break of serve and the second set went much the same way, although the South African had to save a set point at 4-5 down. In the tie-break, Anderson jumped out to a 3-1 lead before the American clawed back to 3-3 and then to lead 5-4. But Anderson fought back to earn his first set point at 6-5 and then close things out for a two-set advantage.

With the bit between his teeth Anderson broke the 29th seed early in the third but almost immediately gave the break back. Again though the South African broke in the sixth game for a 4-2 lead but gave up the advantage again as both players were struggling to hold. But at 4-4 it was again game on. There were no more breaks and they headed into another tie-breaker.

Fritz got the mini-break but Anderson responded quickly before the American took the ascendancy, going 5-3 up and then extending the match by winning the tie-break 7-4.

Things started to unravel quickly for Anderson, who slipped to 4-1 down in the fourth set and the American levelled the match 6-2.

With three hours up on the clock the South African was wilting and his younger opponent broke early and went 3-0 up in the final set. Anderson was unable to get back into the contest as Fritz stretched out to a 5-2 lead and then broke his opponent again to seal the contest in 3hr 21min. 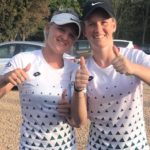 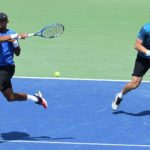 Moodie readies for US Open