Kevin Anderson, our top-ranked singles player, went out in the first round of the Shanghai Rolex Masters on Wednesday.

Anderson, who missed South African’s recent Davis Cup match against Germany due to injury, went down 6-2 6-2 to Germany’s Florian Mayer after coming through the qualifying rounds.

Despite serving five aces to one, Anderson also had more double faults, three to his opponent’s one.

Meanwhile, our top-ranked doubles player, Wes Moodie and Belgian partner Dick Norman have had a first round bye in the same tournament.

Seeded eighth for the tournament, they come up against the winners of the match between Rohan Bopanna (India)/Aisam-Ul-Haw Quereshi and Mark Knowles (Bah)/Phillip Kohlschreiber (Ger). 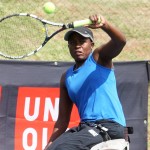 Montjane and Sithole into the finals 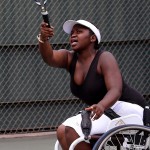 Venter falls but other SA seeds go through at Joburg Open

Tokyo looms, again, We don’t know for sure in what shape of form the Olympics and Paralympics will take place in July to September and if anything 2020 taught us to take nothing for granted. What we do know is that if Tokyo 2020 +1 does go ahead, it will do so against a new-found back drop where simply taking… END_OF_DOCUMENT_TOKEN_TO_BE_REPLACED