The uncertainty over the future of world champion Caster Semenya at the beginning of 2010 resulted in the SA Athletics Statisticians (SAAS) taking a decision at the time not to select a Female Athlete of the Year or make the Harry Beinart Merit Award before the publication of its 2010 NWU Puk South African Athletics Annual.

Since then the International Association of Athletics Federations (IAAF) has decided that Semenya may compete again, and in the 2011 SA Athletics Annual she is duly confirmed as Female Athlete of 2009.

The 2010 Athletes of the Year are Chris Harmse and Sunette Viljoen. Harmse graces the front cover of the Annual, while Viljoen appears on the back cover.

The Harry Beinart Merit Award for 2009 has been made to Semenya, while the 2010 award goes to another 800-metre star, Mbulaeni Mulaudzi. The award, which commemorates the late Harry Beinart, a founder member and President of the SAAS, is made annually to the highest placed athlete on the world performance lists in an IAAF-recognised track event.

The 59th edition of the Annual, one of the oldest national athletics annuals in the world, has just been published and is again crammed with information about everything that happened on the athletics scene in South Africa and the rest of the world in 2010.

As usual, it contains all the best performances by South African senior, junior and youth athletes and road runners in 2010, as well as all-time lists; a Hall of Fame of the best of the best in the history of SA athletics; SA and all major international records; results of the most important local and international meetings; photographs of South Africa’s top athletes, and much more.

Hammer thrower Harmse was elected Male Athlete of the Year after he had won an unprecedented 15th consecutive SA title, then was second at the African Championships, seventh at the Continental Cup, and finished the year with a gold medal at the Commonwealth Games.

The female nominees, apart from Viljoen, were Semenya, African champion Elizna Naud├®, Tanith Maxwell, and Irvette van Blerk. Viljoen, who won gold medals at the Commonwealth Games and African Championships, a silver medal at the Continental Cup, and was fourth in the Diamond League series, was the unanimous choice of SAAS members. Viljoen’s coach, Terseus Liebenberg, was selected as SAAS Coach of the Year.

The Annual includes an analysis of the medals won at the 2010 SA Championships by Richard Mayer, an article on the standard of our athletes’ performances in 2009 by Cobus Kok, and one by top middle distance runner Juan van Deventer on the changes in the top hierarchy of SA athletics and his expectations for the future.

In his Foreword Ri├½l Hauman, editor of the publication for the fifth consecutive time, looks at the closer cooperation that has already been initiated between Athletics South Africa and the SAAS since the demise of the Chuene regime and expresses the hope that, ÔÇ£after years of animosity directed at SAASÔÇØ, the documentation of the sport ÔÇô something that was virtually ignored by the previous national office bearers ÔÇô will now be improved for the benefit of the sport as a whole.

In his introduction to the road running statistics Hauman describes the performances of the top four road athletes of the year ÔÇô Mokoka, Van Blerk, Maxwell and Annerien van Schalkwyk. 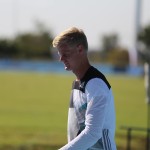 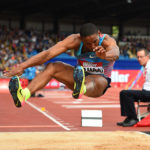 Samaai, Mahlangu in the medals at Diamond League

Tokyo looms, again, We don’t know for sure in what shape of form the Olympics and Paralympics will take place in July to September and if anything 2020 taught us to take nothing for granted. What we do know is that if Tokyo 2020 +1 does go ahead, it will do so against a new-found back drop where simply taking… END_OF_DOCUMENT_TOKEN_TO_BE_REPLACED