Olympic canoe medal hopefuls Mike Arthur and Shaun Rubenstein will be hoping to gain from some typical German precision in the build-up to London 2012.

The two sprint canoeists, who have been hard at training in Cape Town for more than a year now since relocating from Durban and Johannesburg respectively, recently spent invaluable training with the German sprint squad in Cape Town.

Arthur and Rubenstein are readying themselves for their first race of the season this weekend, the Western Province championships in Paarl, and Arthur says the two are keen to see at just what stage their racing shape is at.

Said the lanky athlete this week: We’ve just completed a great pre-season phase of training with some of the best training partners in the world. We had the German squad out for eight weeks which included World and Olympic champion Ronald Rauhe. Beijing 2008 gold medallist Tim Brabants from Great Britain has also bought a house here in Cape Town and is training alongside us both at the Sports Science Institute and on the water at Zandvlei. He is training for the 1000m so his program differs from ours in a few areas but it is great to be able to tap into his wealth of knowledge on a daily basis.”

On their first race of the season, Arthur says: “Going into the racing season is always exciting and comparing our level this year to the same time last year I am sure we are on our way into a great season. Over the last few months we have been working extremely hard on our maximum power endurance with the goal being to have an improved final 100m of our race, not only has this area improved but our start and top end speed has got better as well.”

There’s also been a major shift, quite literally, in their approach this year. “Shaun and I have also changed our positions in the boat; I’m now in the front and Shaun in the back. Last year we found a few bits of evidence that suggested that this would be a faster combination and so far it seems to be true. We are both eager to race just to settle into this new combination before we head over to Europe for the real test.

“We have a high pressure season this year, the final race being our Olympic qualifiers. Unlike the majority of other Olympic sports we only have one shot at qualifying. The qualifying race takes place at the World Champs in August. According to the IOC only the first 11 boats in the K2 200m qualify but according to SASCOC’s criteria unless we are in the top six they won’t send us. This is a tough ask but we feel that we are more than equal to the task. Our training life is carried out in as professional a manner as possible and we will need to keep this up all the way to London 2012 if we want to walk away with a medal.

Outlining the way forwards Arthur says there are five critical races in the build up to the World Championships. “The first is Western province champs which will be the gauge from which we will judge our pre-season training. We then have one month of hard training before the month of May where we will race on four of the give weekends. The first is the national trial where we need to win in order to secure a spot at the World Champs. A week later is SA champs, we then have a two-week break which gives us just enough time to touch base at home with the family and put in a few big sessions before leaving to Europe to race in two World Cups.”

Summing up and Arthur says: “Over the next two months athletes often focus a bit too much on feeling good for racing and tend to neglect the importance of solid training. We intend to keep our heads down, concentrate on the job at hand and hopefully walk away from Hungary in August with a well calculated and executed season.” 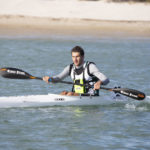 Hogg in para-canoe action for South Africa in Germany 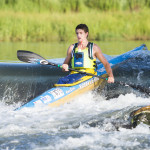 Kime happy as river levels climb ahead of Drak Challenge

Tokyo looms, again, We don’t know for sure in what shape of form the Olympics and Paralympics will take place in July to September and if anything 2020 taught us to take nothing for granted. What we do know is that if Tokyo 2020 +1 does go ahead, it will do so against a new-found back drop where simply taking… END_OF_DOCUMENT_TOKEN_TO_BE_REPLACED