President of SASCOC, Gideon Sam, who’s organisation has come out strongly against ASA following an investigation of the federation’s handling of the Caster Semenya saga, on Saturday assured track and field athletes that they wouldn’t have their 2010 Commonwealth Games or 2012 Olympic Games dreams scuppered.

In a statement, SASCOC said: ÔÇ£Given our decision as the SASCOC board to suspend ASA from SASCOC, we are cogniscent of the fact that this means that no officials or athletes can participate in any international activity of the [world governing body] IAAF.

“However, we are negotiating with the IAAF to allow our officials and athletes in the interim to participate in IAAF activity under the jurisdiction of SASCOC. We want to assure the athletes that we will do everything possible to ensure that their participation in the multi sport events like Commonwealth Games, Youth Olympic Games, Olympic Games and IAAF and AAAC events will not be in jeopardy.ÔÇØ

On Friday, SASCOC had taken the decision to suspend ASA as a federation, after the athletics body had challenged SASCOC’s authority to suspend the entire ASA board, including its president Leonard Chuene, over their handling of the Caster Semenya saga.

In the letter to SASCOC, ASA claim the decisions taken by SASCOC were ÔÇ£unreasonable, procedurally and substantively unfairÔÇØ.

Reacting to the letter the SASCOC executive wish to place on record that:

SASCOC has jurisdiction in the Republic and over its Members, officials and athletes through SASCOC membership and that ASA is a member of SASCOC.

Furthermore, SASCOC, through its Board has the power to oversee, direct, control, administer and, if necessary, manage the activities of its Members. 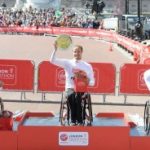 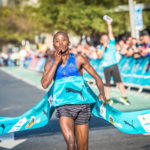 Gachaga back to defend ONERUN title in Cape Town

Tokyo looms, again, We don’t know for sure in what shape of form the Olympics and Paralympics will take place in July to September and if anything 2020 taught us to take nothing for granted. What we do know is that if Tokyo 2020 +1 does go ahead, it will do so against a new-found back drop where simply taking… END_OF_DOCUMENT_TOKEN_TO_BE_REPLACED