Racing was held in front of a huge crowd of 50,000 spectators for the opening round of the 2017 season.

And Team Spur’s Hatherly was in the thick of things in Under-23 action.

Hatherly, who also recently won the Elite victory at African Continental Championships in Mauritius, spoke to the SASCOC website after a day of travelling from Czech Republic to Germany for this weekend’s round of competition.

‘Practice all week was really good as there were no changes to the track from last year’s World Championships there. I had all my lines dialled in pretty quickly and was feeling fast out on course.

‘I was fortunate enough to be seeded No3 for the start which I knew would be a massive help for the start loop. We pulled away and I had a different approach this year, I went hard from the start to fight at the front early on instead of sitting back a bit to save energy for later in the race.

‘I managed to go through the start loop in fifth and onto the first lap.’

And there came the hiccup. ‘I made a silly mistake. I hit a rock quite hard and my hand blew off the bar which sent me off course and I hit my chest on the stem – so I had to quickly re-enter the track and find my rhythm again.

‘I lost a few places and dropped back to 10th, but motivation was still high, riding in 10th.

‘I started my chase and managed to get a really good last three laps where I reeled riders in to finish with a solid sixth, around 30 seconds off the podium. Now I’m really looking forward to another chance this weekend in Germany.’

In terms of finishes it’s a big step up for the Pietermaritzburg-based athletes.

‘My previous best U23 finish was 17th last year at the World Championships in Nove Mesto on that same track.

‘So this past weekend was definitely my best result World Cup result so far.’

And he feels there’s a definite reason for that improvement. ‘I’ve been really motivated since Rio, especially since I’ve moved to Team Spur – the support structure is incredible which really allows me to race at my full potential.

‘A big goal for me is a top five finish at the World Championships in Australia and then a longer term is to medal at the Commonwealth Games next year.’ 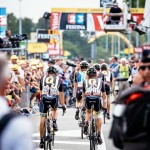 MTN-Qhubeka hold on to second spot in TDF team standings 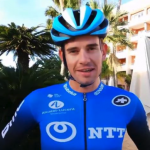 Stander goes solo and heads for the mountains

By GARY LEMKE in Tokyo On the third day of staying in the Paralympic village bubble “it” finally dawned on me. “It” wasn’t the sheer visual aspect of the 4 000-plus Paralympians with disabilities all in the same environment of towering 17-storey apartments and surrounded by a 4km perimeter fence. Admittedly, that is the initial and most common conclusion of… END_OF_DOCUMENT_TOKEN_TO_BE_REPLACED