Swimming South Africa (SSA) will send one of the largest contingents in recent times to the 14th FINA World Championships in Shanghai, it was announced in Johannesburg on Thursday.

A total of 76 swimmers will represent South Africa at the World Championships which take place in China from July 16-31, reports Sapa.

It will also be the first time since 1998 that a synchronised swimming team will participate as South Africa will be represented in four of the five disciplines — with diving being the only omission.

“This year’s international season and especially the FINA World Championships is of specific importance, as it is seen by FINA as a dress rehearsal for next year’s Olympic Games to be held in London,” said SSA president Jace Naidoo.

“It will also give newly appointed swimming head coach, Graham Hill, a chance to settle with the swimming squad and assess their chances against some of the top swimming nations in the world, such as the US and Australia.”

These athletes have performed consistently well and, with their combined experience at international level, they have a good chance of bringing home more medals from Shanghai. 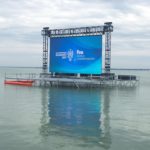 No top 10 for Ho but SA Olympian happy with swims

Tokyo looms, again, We don’t know for sure in what shape of form the Olympics and Paralympics will take place in July to September and if anything 2020 taught us to take nothing for granted. What we do know is that if Tokyo 2020 +1 does go ahead, it will do so against a new-found back drop where simply taking… END_OF_DOCUMENT_TOKEN_TO_BE_REPLACED