Louis Oosthuizen has given Team SA a big boost by making himself available for the Tokyo Olympics later this year, writes GARY LEMKE.

The country’s No1 golfer, ranked 20th in the world, confirmed his availability for the Games as he prepared for the defence of his SA Open title, starting at Randpark in Johannesburg on Thursday.

Oosthuizen, who is also tournament host of the SA Open, made himself unavailable for selection for the Rio Olympics four years ago, joining a slew of top men’s golfers who withdrew from the event, most of them citing health concerns over the Zika virus. Also withdrawing in 2016 was Branden Grace, South Africa’s next highest-ranked golfer, which meant that Jaco van Zyl and Brandon Stone flew the national flag for the men in Brazil.

‘It (Tokyo 2020) is definitely in my plans for this year,’ Oosthuizen said at Randpark. ‘If I’m picked it’s definite that I’l be going. It’s going to be a bit difficult with scheduling wise, the Games being staged between The Open and the FedEx, but this is the one event I want to go to and say I played in the Olympics.’

The field in Tokyo will see 60 players and given Oosthuizen’s world ranking and the selection criteria, he would have to be seen as a realistic medal candidate, a healthy boost for Team SA. The qualification process has been laid out as such:

All of which means that Team SA would be represented by two men and two women and on the men’s side, as it stands on the world rankings, joining Oosthuizen in Tokyo would be Erik van Rooyen, ranked 48 in the world. However, the selection process is only concluded in June and also in the top 100 currently are Shaun Norris (No59), Justin Harding (No72) and Christiaan Bezuidenhout (No89).

Harding has risen to where he is after ending 2017 ranked 712 in the world but he’s not getting ahead of himself in terms of Tokyo expectation. ‘Last year there was a lot of talk about me making Ernie Els’ Presidents Cup International team but I ultimately didn’t make it. Yes, it was disappointing. Which is why I’m not going down the road of over analysing things. If I can get back to the level I was at, things will sort themselves out,’ he said.

Golf will be played at Kasumigaseki Country Club in Tokyo from 30 July to 8 August. 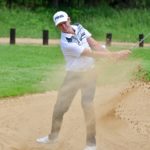 Nienaber sets himself up for crack at third Nomads title 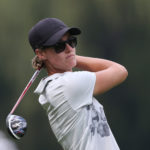 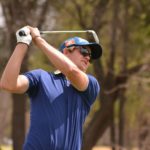 Roets and Korb claw their way back at Zwartkop

Tokyo looms, again, We don’t know for sure in what shape of form the Olympics and Paralympics will take place in July to September and if anything 2020 taught us to take nothing for granted. What we do know is that if Tokyo 2020 +1 does go ahead, it will do so against a new-found back drop where simply taking… END_OF_DOCUMENT_TOKEN_TO_BE_REPLACED