Stander, the reigning World Under-23 mountain bike champion, had to contend with more inclement weather conditions, including rain and thunder before winning the 143-kilometre second stage in a time of 3hr 51mi 23sec.

The Team Specialized rider coped well with the three ascents of the tough Vissershok climb to beat George, who is riding for Team SAfindit.co.za. Third was Kevin Evans, winner of the time trial at last month’s national road championships in Klerksdorp.

Twenty-two-year-old Stander has now overtaken first stage winner Rene Haselbach of Austria in the overall standings and is in the pink jersey for Thursday’s penultimate stage.

“I said before the tour that I’d like to win a stage,” said Stander. “I got squeezed out in the sprint on the first stage but when I was on Kevin’s wheel with 500 metres to go I knew I had it.”

Thursday’s stage is a 171km trek in the Paarl vicinity. 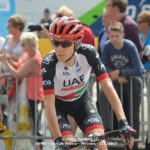 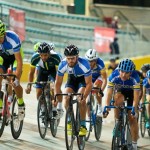 SA track series comes to a climax in Turffontein

Rex races to silver for Team SA in Spain

Tokyo looms, again, We don’t know for sure in what shape of form the Olympics and Paralympics will take place in July to September and if anything 2020 taught us to take nothing for granted. What we do know is that if Tokyo 2020 +1 does go ahead, it will do so against a new-found back drop where simply taking… END_OF_DOCUMENT_TOKEN_TO_BE_REPLACED