Whilst our top-ranked women’s triathlete Kate Roberts hones her form for 2011 in Australia under the watchful eye of coach Darren Smith, Richard Murray is prepping back home.

The international circuit officially starts in April in Australia, but the business end of the 2011 ITU Triathlon Season starts in earnest in May in Europe and Murray wants to be in the right shape when he hits Europe.

To do this, Murray has earmarked a spread of races in South Africa to help build his form for the continent. Whilst the off-road specialists will be in action on Saturday 29 January at Buffelspoort for the first of the Due South Xterra races, Murray will be racing in the Western Cape at the provincial championships, and such is his class, that he is odds on favourite to wrap up the title.

February will be a busy month for the Cape Townian with the never-say-die attitude. The sixth sees Murray race in the first of the Johannesburg City Triathlon Series in Germiston, on the 20th it is the 11 Global in Blouberg and then it’s off-road for the Due South Xterra SA Championships in Grabouw.

The championships are the selection race for world’s, and Murray is good enough to secure himself a spot on that team. If he does, it is likely that he will have a busy year representing the country as the chances are very good he will make the SA Team for both the Duathlon and Triathlon worlds should he choose to make himself available to both.

In March the focus will be on the South African Championships in Port Elizabeth, whilst a month later Murray will be in action in the I-Flex Momentum Duathlon Series race at Zevenwagt Wine Estate, an off-road race.

Before Murray gets to Europe he will take a trip to Mombasa Kenya for the All African Triathlon Championships.

Murray’s attitude and planning should stand him in good stead for 2011 and there can be no doubt, that he will be very strategic in his planning for the European circuit. Watch this space, Murray should make some waves in 2011. 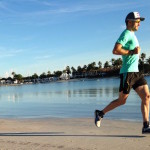 Olympian Murray puts in the miles for a bumper 2015 season

Tokyo looms, again, We don’t know for sure in what shape of form the Olympics and Paralympics will take place in July to September and if anything 2020 taught us to take nothing for granted. What we do know is that if Tokyo 2020 +1 does go ahead, it will do so against a new-found back drop where simply taking… END_OF_DOCUMENT_TOKEN_TO_BE_REPLACED