Our up and coming tennis star Chani Scheepers has failed to make the main draw for this week’s Medibank International tournament in Sydney, Australia.

Scheepers came up against Germany’s Anna-Lena Groenefeld in her final qualifying match.

She won the first set 6-4 but the German then picked up her game to win the final two sets 6-4 6-4, meaning Scheepers failed to make the main draw. 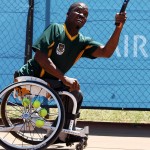 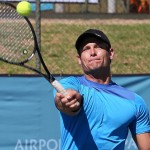 Els eases into second round at Gauteng Open

By GARY LEMKE in Tokyo On the third day of staying in the Paralympic village bubble “it” finally dawned on me. “It” wasn’t the sheer visual aspect of the 4 000-plus Paralympians with disabilities all in the same environment of towering 17-storey apartments and surrounded by a 4km perimeter fence. Admittedly, that is the initial and most common conclusion of… END_OF_DOCUMENT_TOKEN_TO_BE_REPLACED