Tanya Seymour’s Olympic competition is over before it has begun after her horse suffered a debilitating case of laminitis, which results in a painful swelling and inflammation of the hoof (foot).

The 37-year-old Seymour, who made equestrian history at Rio 2016 when she became the first dressage rider to represent South Africa at an Olympics, was understandably distraught at the news. With Ramoneur ruled out, this means that Seymour is also out of the Tokyo competition.

A devastated Seymour confirmed the news late Tuesday, having arrived in Tokyo last week after Ramoneur flew in from Belgium and having quarantined in Germany.

“When he arrived he was doing so well. During training he was looking fresh and feeling great. He had travelled well. When I got on him yesterday, I could sense there was something amiss. He was holding in his front feet a bit and it felt a little odd. The vet and farrier had a look at him and initially we thought it might be a stone bruise, that he had a painful front hoof after standing on a stone.

“But by this morning his condition had worsened and he was sent for X-rays and subsequently he was diagnosed with laminitis. The vets can’t say what brought it on, so it’s something of a mystery. Needless to say the news is devastating. I’ve had Ramoneur for 12 years and I was with him at the Rio Olympics. Despite being 19, he is so fit and has been so happy. And I was so excited to be in Tokyo with him and to represent Team SA at the Games here.

“The one saving grace is that we reacted quickly and he has received treatment quickly, But, for a longer term prognosis we will have to wait a day or two. Obviously we’ve had to withdraw him from the Olympics and that means I’m out as well,” Seymour said. 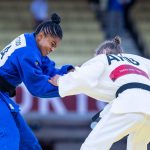 Team SA: How they fared on Day 1 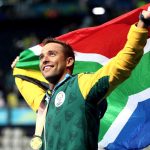 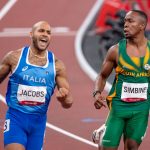 So close as Simbine forced to settle for fourth

By GARY LEMKE in Tokyo On the third day of staying in the Paralympic village bubble “it” finally dawned on me. “It” wasn’t the sheer visual aspect of the 4 000-plus Paralympians with disabilities all in the same environment of towering 17-storey apartments and surrounded by a 4km perimeter fence. Admittedly, that is the initial and most common conclusion of… END_OF_DOCUMENT_TOKEN_TO_BE_REPLACED