Competing on the Cavada River at Vila de Prado, Nick Notten and the junior K2 crew of Hamish Mackenzie and Dave Evans raced to the podium.

Notten (pictured above) was locked in a ferocious four-boat scrap at the front of the men’s U23 K1 race, a battle that was reduced to three after the dramatic disqualification of Hungarian star Grygory Jakab.

With the medallists decided, Notten was left to slug it out with John Vold of Denmark and German ace Marcel Paufler to decide who would occupy which steps on the podium.

Vold took charge of the final end sprint and Notten was content to settle for the bronze medal at the end of a gripping race. 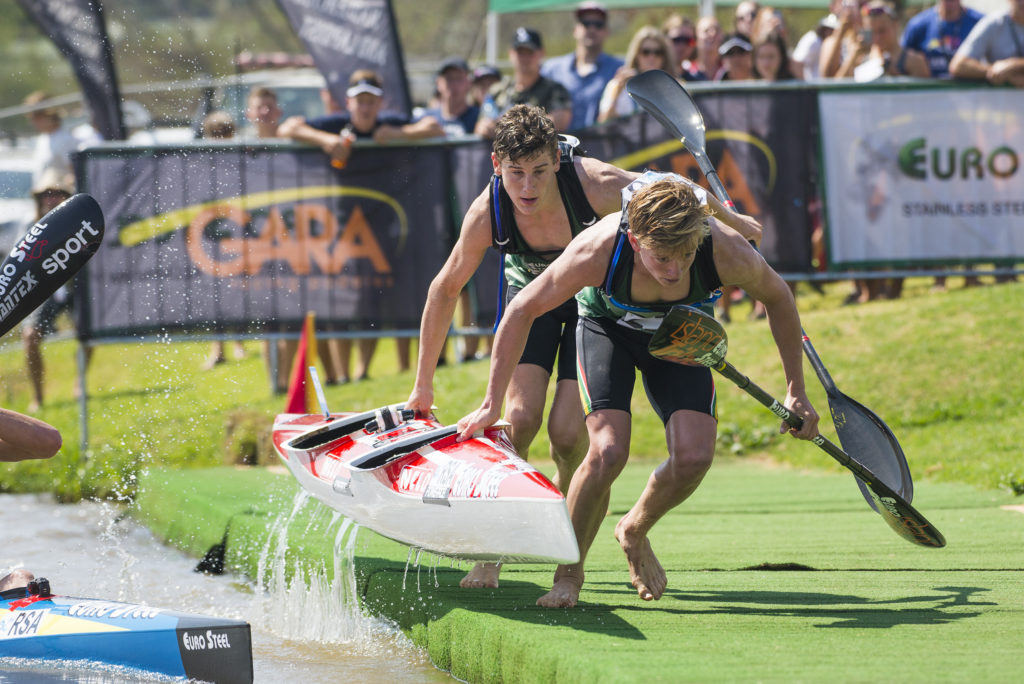 Maritzburg College schoolboys Mackenzie and Evans (pictured above) grabbed the first medals for SA, missing out on a world title by the narrowest of margins.

The race was soured, however, by an appeal by one of the trailing Spanish crews objecting to the South Africans paddling under one particular arch of the bridge over the river.

Despite it having no impact on the outcome of the race, the race officials slapped the crew of Mackenzie and Evans with a 15-second penalty that took them down to third.

The duo, who raced to the silver medal at last year’s World Championships at Camps Drift, raced a hugely courageous race, staging a staggering solo break during the first half of the six-lap contest and went into the last 1,000-metre lap seemingly holding all the cards over the powerful Danish crew of Thornbjorn Rask and Nikolai Thomsen.

The Danes timed their charge to the finish line to perfection and surged in the final stroke of the race, forcing the judges to a photo finish to confirm that they had indeed pipped the South African crew by an estimated three centimetres.

‘I definitely didn’t expect the rest of the bunch to catch us after we got away,’ said Mackenzie after the race. ‘Rask and Thomsen are so powerful, we just couldn’t hold them off at the finish.’

The Euro Steel Maritzburg College pair were dominant on the portages and managed to establish and build on their leads using their running prowess at the end of each lap.

‘We had practised our portages so many times, we knew we could get away there, but it is a long way,’ said Mackenzie.

‘When they caught us, I did feel like we still had it because we could rest on the diamond, but they were the better crew on the day,’ he added.

Compatriots Uli Hart and Matt Fenn were also on the front bunch early on but were the first casualties of the ferocious pace and tactical jousting, and were left to race alone into fifth position overall. 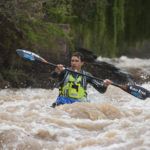 Birkett taking 2018 Fish in his stride 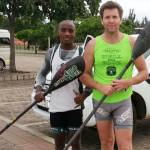 Theron’s in the Dusi mix but downplaying her victory chances

By GARY LEMKE in Tokyo On the third day of staying in the Paralympic village bubble “it” finally dawned on me. “It” wasn’t the sheer visual aspect of the 4 000-plus Paralympians with disabilities all in the same environment of towering 17-storey apartments and surrounded by a 4km perimeter fence. Admittedly, that is the initial and most common conclusion of… END_OF_DOCUMENT_TOKEN_TO_BE_REPLACED