South African hockey celebrates on two fronts this week after both the men’s and women’s sides emerged triumphant from the Continental Championships in Egypt on Sunday.

First the women downed Ghana in the final, played in Ismailia and shortly afterwards the men overcame the host nation Egypt.

Illse Davids got things up and running for SA with a field goal in the 19th and Lilian Du Plessis gave the team some breathing space with a penalty corner in the 25th.

Then it was two field goals from Tarryn Glasby in the 29th and 47th minutes that put the seal on things.

Incredibly, the South African defense remained unbreached for the duration of the FISH World Cup Qualifier tournament and the side also provided for the tournament’s top four goalscorer.

They were Dirkie Chamberlain with eight, Sulette Damons (5) and Du Plessis and Glasby with three apiece.

South Africa’s women have emerged as champions on each occasion they’ve contested these championships and Sunday’s success saw their seventh title. 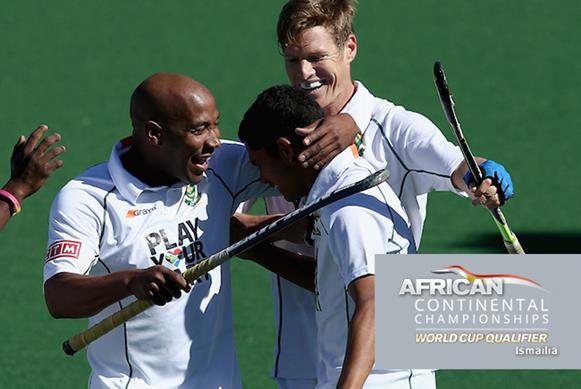 On to the men and they took on Egypt, the side they drew 3-3 with in their final pool game.

There was an early shock for the South Africans as Ahmed Elganaini put the home side 1-0 up in the eighth.

It took 31 long minutes before coach Sheldon Rostron’s men (he also coached the women’s side at this event) were on level terms with Taine Paton netting.

And they left things late before sealing victory, a Jethro Eustace penalty corner in the 58th minute doing the trick two minutes from time.

Elganaini ended top scorer in the men’s section with six goals while SA’s Keenan Horne was just one goal back.

The men’s victory means they’ll also be going to next year’s World Cup.

That tournament will be played in Bhubaneswar, India.

The women had already booked their spot in the World Cup, in their case, London, England next year.

Under-21 hockey girls sunk by Spain at World Cup

By GARY LEMKE in Tokyo On the third day of staying in the Paralympic village bubble “it” finally dawned on me. “It” wasn’t the sheer visual aspect of the 4 000-plus Paralympians with disabilities all in the same environment of towering 17-storey apartments and surrounded by a 4km perimeter fence. Admittedly, that is the initial and most common conclusion of… END_OF_DOCUMENT_TOKEN_TO_BE_REPLACED