South Africa’s mid-amateur and senior teams combined for a clean sweep in the first round fourballs of the third Fellowship Cup against India on Wednesday.

The two four-man sides racked up all four points available against their peers from the Indian Golf Union at the Jaypee Greens Golf and Spa Resort in Greater Noida.

Steve Williams, from Central Gauteng, and his partner Andre van Dyk drew first blood for the seniors when they handed Kulvinder Singh and Vijay Kumar Badhana a 6&5 drubbing.

‘We had a nice steady start, with both teams hitting fairways and greens,’ said Kamps. ‘They started missing greens, but they made some incredible up-and-downs to keep the match going. Morgan and I hung in there and we went 1 or 2 up when they continued to miss greens and couldn’t up and down.

‘To illustrate how well we combined, the first time the Indian team got the honour on the tee-box was after they won the 12th hole when Morgan and I both missed the green and failed to get up-and-down for par. That was the only hole they took off us.

‘We both hit some bad shots, but for most of the round, if one hit a bad shot, the other guy was there to save par or make birdie, that kept us ticking over. We’re glad to get a point on the board and hope to keep it going,’ Kamps added.

The mid-amateur competition was a tightly fought battle, but the GolfRSA quartet dug deep over the last couple of holes to swing the matches in South Africa’s favour.

‘It was an honour  to tee it up for my country this morning,’ said Botha. ‘I had butterflies in the stomach and my knees were rattling a bit. That first shot was definitely the proudest moment and biggest achievement of my golfing career.

‘Then we had another stretch of halving in pars until 13. I had an eagle putt, and the hole was conceded and we went 2-up on 14 with two good birdies, which the Indian team could not match. We halved 15 and 16 and we wrapped the match at the 17th hole.

‘It was a great match, played in great spirit and the course is a great test for all-round skills. It was a very tight match all the way and nothing was given. You had to win it with birdies. Gerlou and I combined really well and finished seven under,’ Botha commented.

The teams will reconvene for the round two foursomes on Thursday.

Phillips and Van Dyk will face Kulviner Singh and Badhana in the first senior match, while Kamps will join Williams in the second match against Narain and Dev. Ernest Botha and Scullard will combine against Lakhan Singh, and Verma and Roux and Ruan Botha will take on Smarijit Singh and Kang in the final mid-amateur match.

SA has an unbeaten record in the Fellowship Cup, having won the first edition at Royal Kolkata Golf Club in 2016 and the second at Leopard Creek last year. 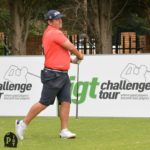 First round 66 has Albertse aiming for second Tour title 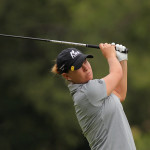 Pace has some catching up to do in Cape Town 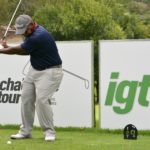 Sefatsa gets into the swing of things at Wingate

By GARY LEMKE in Tokyo On the third day of staying in the Paralympic village bubble “it” finally dawned on me. “It” wasn’t the sheer visual aspect of the 4 000-plus Paralympians with disabilities all in the same environment of towering 17-storey apartments and surrounded by a 4km perimeter fence. Admittedly, that is the initial and most common conclusion of… END_OF_DOCUMENT_TOKEN_TO_BE_REPLACED