Coach Sheldon Rostron’s national women’s hockey side went down 2-0 to Spain in a fifth-eighth place-play-off at the Women’s World League Semi Final tournament in Valencia, Spain on Saturday.
Spain set up a fifth place play-off with the United States as early goals from Alicia Magaz and Lola Riera put them on course for a 2-0 win over South Africa to the delight of the home support.
They maintained that advantage to the end as the African side’s travails in front of goal continued once more. South Africa will now play Ireland in the seventh place play-off. And they’ll be hoping to turn around a 4-1 first round defeat to the Irish.
The hosts got off to a dream start when Magaz popped home at the second time of asking in just the fourth minute, popping home from Xantal Gine’s selfless pass when both were in behind the opposition defence.
In the 11th minute, Riera picked out the top corner with a ripper of a drag-flick to double the lead, one which was richly deserved on the balance of play.
South Africa did grow into the tie but Illse Davids could not find a clean connection with the pick of their first half chances and Maria Lopez de Eguilaz was able to clear comfortably.
They held sway for much of the second half but were unable to make any inroads into the lead and when Spain cleared a last minute corner, the result was confirmed. 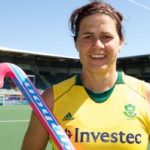 Pietie puts career to bed with goal No282 as SA win 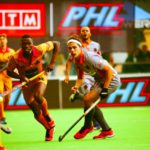 Defences to the fore in PHL action

Tokyo looms, again, We don’t know for sure in what shape of form the Olympics and Paralympics will take place in July to September and if anything 2020 taught us to take nothing for granted. What we do know is that if Tokyo 2020 +1 does go ahead, it will do so against a new-found back drop where simply taking… END_OF_DOCUMENT_TOKEN_TO_BE_REPLACED