Eritrean Filmon Ande led the top three men under the previous course record while three women followed Van Zyl under the old women’s mark as she won her second 10km race in the space of a day.

The men’s race started at a blistering clip up Harrison Road, with the first kilometre covered in around 2min 40sec before settling into a more reasonable pace.

After the first 3km, though, the leading pack of 20 had been whittled down to 10 with defending champion Thabang Mosiako, Elroy Gelant and course record holder, Namakoe Nkhasi in the mix.

The bus, however, was being driven by Ande and Uganda’s Mande Buschendich.

As the pack headed down towards the Ellis Park Sports Complex around the 4km mark, before the first of two big climbs, the pack was trimmed down some more and as they hit 5km in 14:25, it was down to five runners. Ande, Bushendich, Mosiako, Nkhasi and Jobo Khatoane with Gelant beginning to falter.

By 8km, the lead was down to two with Ande and Buschendich going toe-to-toe past Constitution Hill, before Ande broke away in the final kilometre, scorching home in 29:27, 22 seconds inside of the previous record held by Nkhasi when he won in 2016.

Second was Bushendich, clocking 29:37, with Nkhasi rounding out the top three in 29:40 – also inside the previous record. 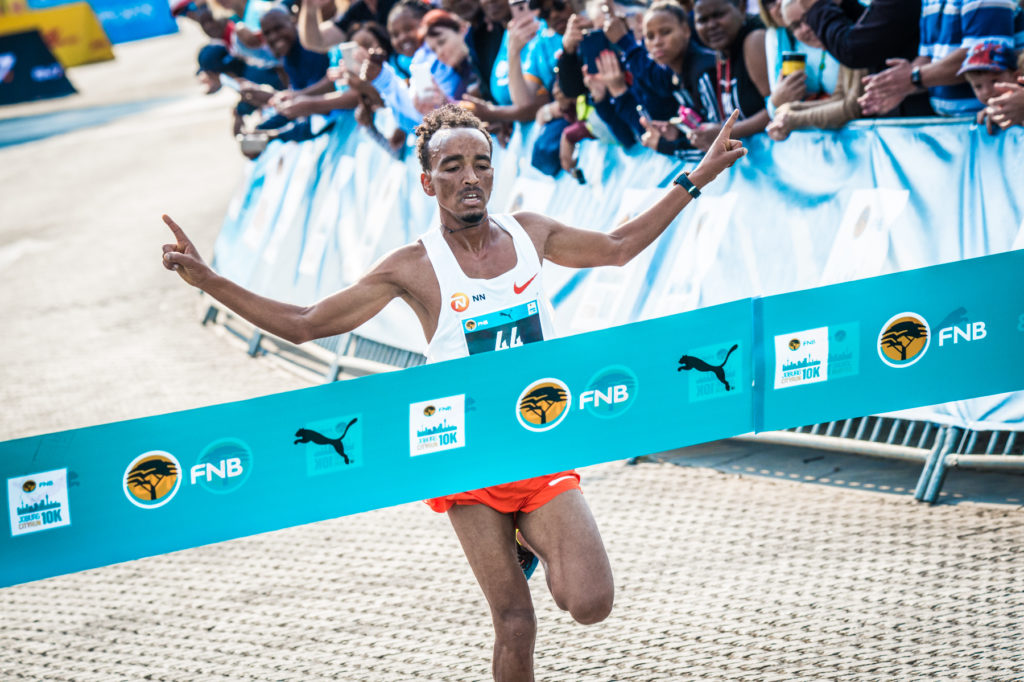 In the women’s race, Van Zyl was on a mission. This was her first appearance at the race and she meant business from the gun.

The first kilometre was covered in 3:06. Three kilometres went by in 9:28 and 5km was covered in 16:28 as she started to hit the climbs. By then she was running on her own in the women’s race with Susy Chebet and Glenrose Xaba, the defending champion, a good way off the pace.

Comrades Marathon runner-up Gerda Steyn was having an impressive race and was closing down on the tiring Xaba whom she passed in the final 3km.

There was no stopping the flying Van Zyl who clocked 3:11 and 3:08 for the last 2km in on the descent to the finish at Mary Fitzgerald Square.

Making her win all the more remarkable was the fact that Van Zyl had jetted out of Cape Town the evening before the race where she had competed in a 10km which she won in her second fastest time ever of 32min 48sec! Clearly Van Zyl is hitting peak form a mere three months after giving birth to her second son.

Kenya’s Chebet was second across the line, clocking 34:30 while Steyn came storming through to the finish in an impressive 35:01.

‘I must be fitter than I thought,’ said Van Zyl, who pocketed R30,000 for winning. ‘To run two really good times back-to-back like this means that I am reaching another level in my running. I had no idea where the other ladies were so I just kept on pushing. But I had no idea I was on record pace, so that is a pleasant surprise.’ 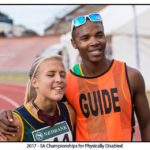