National 1500-metre champion in 2009 and indeed four years prior to that, Johan Cronje is on the comeback trail.

The Free State athlete was running into the form of his life in the middle of last year, having qualified for the World Athletics Championships in Berlin.

But then he suddenly picked up a crippling injury and has sat out the larger part of a year.

At last though, the 28-year-old sees light at the end of the miserable injury tunnel. To this end, he’s scheduled to run two meetings on the European circuit early in July.

“I run in Madrid (2 July) and Laussane (8 July) as my first races this season. After that I have to seen. My main goal at these meetings is to qualify for the Commonwealth Games.”

Speaking of his injury and the long time out on the sidelines, Cronje said: “My last race was my heat in Berlin (world championships) last year. The injury was giving problems long after it should have healed, but the last month or so training picked up well.

“I don’t believe I am in excellent shape right now, but hopefully I can run something decent.” 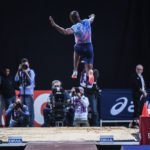 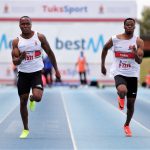 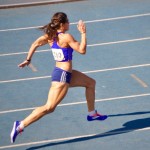 Hayes races to another record in Brazil

Tokyo looms, again, We don’t know for sure in what shape of form the Olympics and Paralympics will take place in July to September and if anything 2020 taught us to take nothing for granted. What we do know is that if Tokyo 2020 +1 does go ahead, it will do so against a new-found back drop where simply taking… END_OF_DOCUMENT_TOKEN_TO_BE_REPLACED