Songezo Jim will make South African cycling history this weekend when he becomes the first black South African to race the Milan-Sanremo race in Italy.

With its appearance at the sport’s longest professional one-day race, the team will also make cycling history by being the the first team with an African licence to take part.

Team Principal Doug Ryder says it’s an honour for the team to be invited to take on the 298-kilometre ÔÇ£Classica di PrimaveraÔÇØ from Milan to Sanremo.

ÔÇ£Milan-Sanremo is an iconic race; the longest cycling classic in the world and the biggest one-day race in Italy,ÔÇØ he says. ÔÇ£For most of our team, this race will be the biggest challenge they have ever faced in cycling. We will make history again with Songezo the first black South African to ever start a WorldTour race. Songezo and the rest of the team will race to support Gerald Ciolek, and hopefully bring him to the Cipressa at 275km without having to have done too much and then we will see what he can do.ÔÇØ

Team captain Gerald Ciolek proved his good form this spring with his stage win at the Three Days of West Flanders and his third and fourth place finishes in the sprints at Tirreno-Adriatico.

Twenty-two-year old Jim is looking forward to the opportunity to learn from one of the team’s more experienced leaders. ÔÇ£I am very excited about it,ÔÇØ he says. ÔÇ£I am looking forward to learning from the older guys like Ciolek and Jay Thomson and getting some coverage for the team. It’s a big step for me. It’s a dream come true to start a WorldTour race; to line up alongside the field on Sunday. It’s not easy to get to this level and I have a long way to go, but I just want to be a sponge and absorb and learn as much as I can.ÔÇØ

But the team will not only be in the spotlight in Italy for its pro riders. The race organiser, RCS Sport, which not only directs Tirreno-Adriatico and Milan-Sanremo but also the Giro d’Italia, has invited the South African team and its management to a gala dinner on Thursday evening.

ÔÇ£We are thrilled to be attending the La Primavera Gala Dinner, the proceeds of which will go to our MTN-Qhubeka Bikes for Life programme,ÔÇØ explained Ryder. ÔÇ£This will make such an impact in the lives of many South African kids and encourage them to take up cycling. This is an incredible week for our team, especially in only its first year in the Pro Tour.ÔÇØ

The Qhubeka foundation is very happy with the performance of its namesake team on the world’s cycling scene. ÔÇ£Our job at Qhubeka is to change lives through distributing bicycles and mobilising people throughout Southern Africa,ÔÇØ says Qhubeka Founder, Anthony Fitzhenry. ÔÇ£Through our partnerships, we have created a development path in all of our programmes to take riders to the top level of the sport, which is just mind-blowing. To think that getting to race at WorldTour races could start with a Qhubeka Buffalo bicycle is very exciting for us.”

Milan-Sanremo is the longest pro race in the WorldTour and is one of the five Monuments of cycling, along with the Tour of Flanders, Paris-Roubaix, Liege-Bastogne-Liege, and the Tour of Lombardy. 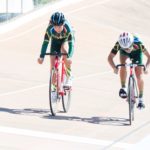 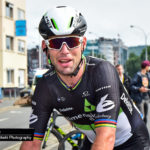