Khayelitsha gymnast Malusi Tumtumana has been announced as part of the South African team to attend the World Jump Rope Championships in the United States from 1-10 July.

Tumtumana, who is a matric student at Usasazo High School in Khayelitsha, is over the moon that he is in the team. This will be the first time that he’ll be wearing the green and gold for South Africa at an event.

Tumtumana has been taking part in rope skipping for the past 10 years and is currently being coached by ex-world champion, Masixole Felani. Three world champions have been products of the Khayelitsha area, and Tumtumana intends following in his hero’s footsteps.

Tumtumana’s talent has already been recognised by the SA Gymnastics Federation with him being honoured as Junior Rope Skipper of the Year for 2016, as well as holding the current national records after his performance at the 2017 National Championships.

He dreams of studying business management after school, as well as continuing his rope skipping excellence, wanting to be an icon in the sport around the world, as well as winning international medals. 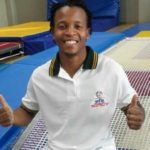 Tlaka out to take his talents to the next level

By GARY LEMKE in Tokyo On the third day of staying in the Paralympic village bubble “it” finally dawned on me. “It” wasn’t the sheer visual aspect of the 4 000-plus Paralympians with disabilities all in the same environment of towering 17-storey apartments and surrounded by a 4km perimeter fence. Admittedly, that is the initial and most common conclusion of… END_OF_DOCUMENT_TOKEN_TO_BE_REPLACED