It was the 37th swimming of the Halfway Toyota event and turned out to be the most closely contested race in the history of the race.

The event attracted many international competitors and Ho had his work cut out before winning in a time of 18min 39sec.

This after edging out Britain’s Daniel Fogg for line honours.

Ho had made the earlier going with the chasing pack including defending champion Riaan Schoeman, former champion and top class lifesaver Shaun Dias along with Germans Alexander Studzinski and Christian Reichert and Cape Town’s Heerden Herman and Dannie Marais.

Schoeman moved into the lead at 1,200 metre mark to take the third and final “hot-spots”, the previous two having been at the 400m and 800m marks.

With 200m to go it was Fogg how moved into contention and as the slipway approached it was Fogg and Ho who looked most likely to take line honours.

Fogg fell back as the two started the frantic dash for home up the slipway and Ho hit paydirt with a second to spare.

The 2009 champion, Schoeman took third in 18:42 with Studzinski another second back. Emphasising the closeness of the finish, just 20 seconds covered the leading 10 finishers.

The women’s race wasn’t quite as much a logjam as Britain’s Keri Anne Payne win yet another title. She clocked 19:24 to beat fellow Briton Katy Whitfield by three seconds.

It was Britain all the way in the medal placings with Olympic bronze medallist Cassandra Patton taking third (19:30).

The KZN event continues to show incredible growth with 16,200 swimmers being involved on the weekend, making it the world’s largest open-water swimming event. 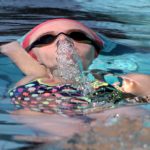 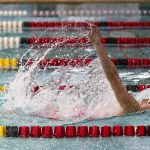 Meder shows the way as SA shines in Ghana

By GARY LEMKE in Tokyo On the third day of staying in the Paralympic village bubble “it” finally dawned on me. “It” wasn’t the sheer visual aspect of the 4 000-plus Paralympians with disabilities all in the same environment of towering 17-storey apartments and surrounded by a 4km perimeter fence. Admittedly, that is the initial and most common conclusion of… END_OF_DOCUMENT_TOKEN_TO_BE_REPLACED