The spirit of international wheelchair tennis returns to Polokwane Tennis Club this week when the 2016 Polokwane Open, an International Tennis Federation (ITF) Futures tournament sponsored by Airports Company South Africa comes to Limpopo from 25-28 June.
The tourney which allows all the local players an opportunity of gaining all-important world ranking points and prepare them for international circuit has attracted players from as far abroad as France, Kenya and Switzerland.
There will be plenty for the home crowd to cheer about in what’s expected to be an electric atmosphere at the country’s third tournament of the year that will feature singles and doubles events.
Over 20 players who participate nationally from Limpopo will lead the local charge and ensure they keep the honours at home in the absence of the two Limpopo stars, world No9 Kgothatso Montjane and men’s world No16 Evans Maripa.
There will be a host of national stars for the crowd to get behind at the Futures event, including Leon Els who will spearhead the men’s competition; and the quads aces, national No2 Bongani Dlamini and his biggest rival Danny Mohlamonyane, pictured above.
The women’s field will be equally strong and will include former world No1 junior and women’s No2 Mariska Venter and Thando Hlatswayo.
In the juniors event it will be up to the boys world number two Alwande Skhosana and Ian Snyman who recently made his international debut in Japan to leave a signature at the Polokwane Tennis Club. The girls will battle it out without the top ranked Kwazulu-Natal-born Nokwanda Hlongwane.
The tournament will have men’s, women’s, quads and junior division each comprising of singles and doubles draw. The tournament draw takes place on Friday, with the opening round starting at 9am on Saturday morning.
Players will move on to the next tournament, also an ITF Futures event, the Airports Company South Africa Soweto Open to be staged at Arthur Ashe Tennis Centre in Jabavu, Soweto.
Participation in events like these is made possible by the game sponsor, Airports Company South Africa who has been the major sponsor of Wheelchair Tennis South Africa (WTSA) for the past 11 years. 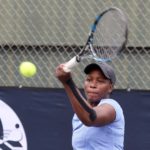 Washington next for Kevin

Tokyo looms, again, We don’t know for sure in what shape of form the Olympics and Paralympics will take place in July to September and if anything 2020 taught us to take nothing for granted. What we do know is that if Tokyo 2020 +1 does go ahead, it will do so against a new-found back drop where simply taking… END_OF_DOCUMENT_TOKEN_TO_BE_REPLACED