The tie against Israel will be played over two days, in a newly trialled format, from 2-3 February next year – in the first round of the Euro/Africa Zone Group 1.

This is the second time South Africa will play Israel in Davis Cup competition. The first and only tie played between the two nations was in 2001, where Israel narrowly beat South Africa 3-2 at home. The winner of the tie will play against group top seeds, Czech Republic, in April – with the loser going into a relegation play-off position in September.

Irene Country Club, situated in the leafy suburb of Irene, Centurion has become a favourite Davis Cup venue over the past four years. Of the six ties the venue has hosted, the KIA South African team have won five.

‘We look forward to playing at the Irene Country Club. It is an incredible setting that has been successful and good to us recently’ said captain of the KIA SA Davis Cup team, Marcos Ondruska.

‘We also expect some significantly tougher opposition from Israel than the teams we have played here in the past which should make for some fantastic tennis. With top tennis players like Dudi Sela in South Africa, I think the South African tennis community is in for a treat. We look forward to a huge battle and are working hard to be on the winners podium at the end of it,’ continued Ondruska.

Meanwhile, TSA also announced that tickets for the tie are now on sale. Tickets are R150 per person, per session. The first session is on Friday, 2 February and play starts at 4pm with two singles rubbers. The second session gets underway on Saturday at 11am – with the doubles rubber followed by the two reverse singles.

Tickets can purchased through webtickets on www.webtickets.co.za and/or at Pick n Pay stores. Pick n Pay smartshopper card holders get a ‘buy 1 get 1 free’ option online or by booking their tickets in store. 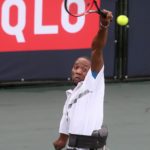 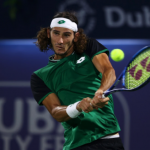 Chance for Harris to win his first ATP title

Tokyo looms, again, We don’t know for sure in what shape of form the Olympics and Paralympics will take place in July to September and if anything 2020 taught us to take nothing for granted. What we do know is that if Tokyo 2020 +1 does go ahead, it will do so against a new-found back drop where simply taking… END_OF_DOCUMENT_TOKEN_TO_BE_REPLACED