Yet another successful SA championships were held at Centurion Gymnastics Centre earlier this month.

All three qualified for the team for World Championships, to take on the best in the world, in Doha, Qatar in late October.

World championships are a big step towards qualifying for the 2020 Tokyo Olympics and the girls are preparing hard for this.

On day two of the competition, the apparatus finals, Maguire went on to win gold on vault, silver on beam & floor and Rooskrantz won bar and beam, with 2018 Commonwealth Games competitor Daries winning gold on floor, silver on bar and a bronze on beam.

Napier also won a silver medal in the junior floor final and being the youngest competitor at these championships, is one to watch out for in the future.

Says JGC head coach Ilse Pelser: ‘I was extremely pleased with our results. It was a goal for our team to win both the senior and the junior national title again so placing first and second all around in both competitions was extra special.’

Added fellow coach Candice Cronje, who competed at the 2006 Commonwealth Games: ‘Being head coach for the junior girls at the JGC and seeing how far they’ve come this year, is testament to their hard work and dedication. It’s an honour to work with these girls, but also to be part of a national programme that is growing.’ 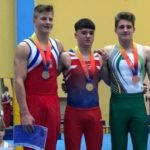 Maguire’s the man for SA at Olympic Hopes Cup 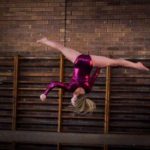 Murray off to Germany for Leverkusen Cup 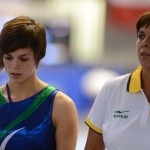 SA four take to the floor at World Championships in Florida

By GARY LEMKE in Tokyo On the third day of staying in the Paralympic village bubble “it” finally dawned on me. “It” wasn’t the sheer visual aspect of the 4 000-plus Paralympians with disabilities all in the same environment of towering 17-storey apartments and surrounded by a 4km perimeter fence. Admittedly, that is the initial and most common conclusion of… END_OF_DOCUMENT_TOKEN_TO_BE_REPLACED