The fifth-seeded Anderson went down in straight sets to Argentina’s Juan Martin del Potro, 6-4 6-4 in the quarter-finals. The former US Open champion has now reached his third straight ATP semi-final after coming back from wrist surgery last year.

Del Potro, still ranked outside the world’s top 100, converted both of his two break points while never offering the South African a break opportunity.

“Three semi-finals in three weeks, so it’s great for my comeback,” said Del Potro, who reached the final four in San Jose and Memphis over the past two weeks. “I hope I play well tomorrow against Mardy,” reports AFP. 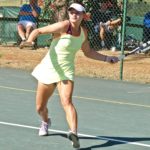 Tough draw as SA do Fed Cup duty in Lithuania

Tokyo looms, again, We don’t know for sure in what shape of form the Olympics and Paralympics will take place in July to September and if anything 2020 taught us to take nothing for granted. What we do know is that if Tokyo 2020 +1 does go ahead, it will do so against a new-found back drop where simply taking… END_OF_DOCUMENT_TOKEN_TO_BE_REPLACED