And while she lost her first round bout she returned to Virginia having gained the experience of a seven-week long training camp in Hungary where it was hands-on judo all the way.

She also had the added ‘consolation’ of losing to the eventual winner of the -63kg division, Japan’s Honoka Araki who beat Sanne Vermeer of the Netherlands in the final.

Now aged 19, the feisty blonde fighter has been fighting since the age of six and has an impressive fighting CV. These were her second world championships, having also been part of the SA team to junior worlds in the US four years ago.

‘But these worlds were really in another class,’ Labuschagne (pictured with Araki above) told Team SA website. ‘I learned even more about how serious people take judo and how hard they’ve worked towards this. It’s all motivated me to train even harder and do better.’

Labuschagne was joined by coach and family relative Anton Labuschagne a day before the championships. ‘I was so happy to have someone from my own country and be able to speak my same language and I really would have battled to compete without him there.

‘Everything was so well organised and luckily we had four days to watch the judo and what an experience it was. Coach took lots of notes about warming up, discipline and techniques that we want to use at our club in future.’

As far as competition goes, the nerves were screaming for the youngster.

‘As coach and I stood waiting to step on to the mat coach said to me “if you look up you’ll see that the South African flag is flying just for you”.

‘I felt quite emotional but very honoured even though I had no compatriots there with me but it was a huge privilege to realise I was good enough to earn the chance to compete.

‘When I saw I was drawn against the world champion I must say I was very scared and have never been so nervous before a fight but coach calmed me down and we agreed that I must last a minimum of one minute against her.. and then I ended up fighting for 2min 35sec,’ she says proudly.

She went on to say that having the coach alongside was invaluable as he’ll be able to analyse what mistakes she made and work on correcting them. ‘I’ve never fought someone so strong!’

After her fight Labuschagne (who won silver at the AUSC Region 5 U20 Games in Luanda, Angola) linked up with her fellow African fighters and supported the continent’s judoka. ‘And when we saw that the Japanese girl who beat me carried on winning we ended up shouting for her as well.’

After the competition Labuschagne had a picture taken with her victor. ‘Even though I lost I’m privileged to stay that I lost against the world’s best and gave it my best shot.’

Importantly she’s also passing on the information she’s soaked up in Croatia.

‘I want to share what I learnt, with my local judoka to help inspire them. This was definitely the most I’ve learned of all my trips.’

She also says the intensive seven weeks of training were invaluable.

‘We trained from 9-11.30am every day on technique with two coaches – there were five girls and 20 guys.

‘On Mondays, Wednesdays and Fridays we did gym from 4-6pm which was great and made us so much stronger and fitter and Tuesday and Thursday afternoons we did randori (freestyle practice) which helped with our skills.’

And there was also some much needed down-time during the training camp.

‘Every second Saturday we were taken to Budapest for sight-seeing and shopping and in the evening we’d learn about the different countries’ culture which was really great.’ 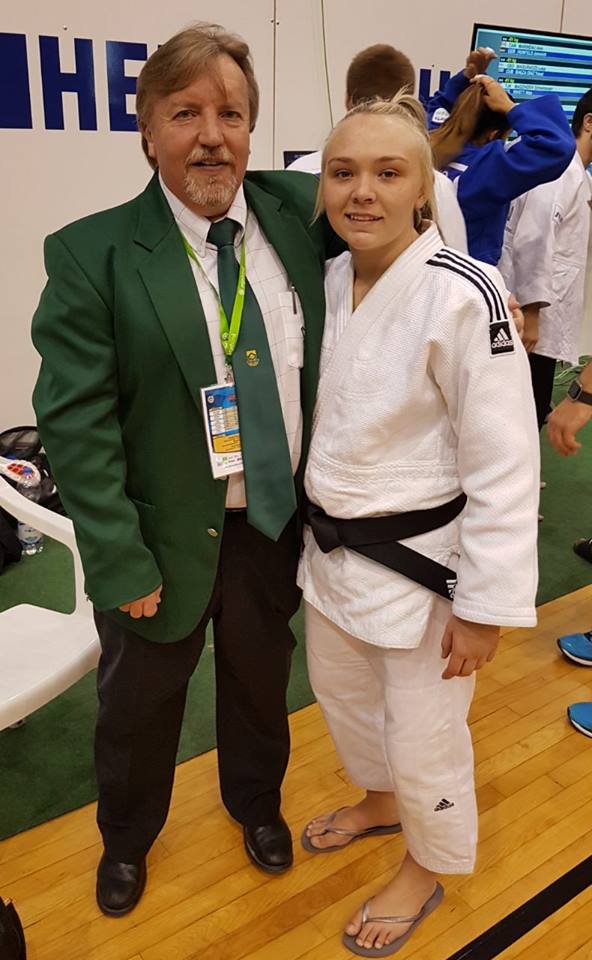 Coach Labuschagne (pictured with Chante, above) has been mentoring his young namesake for 11 years now and is rightfully proud of her.

‘I’ve had had the privilege to see her excel in judo, which she so dearly loves.

‘The Junior World Championships were most certainly her biggest challenge and learning process. It was tough, really hard but we learned a great deal and most definitely will be more than ready for next year’s worlds by which time she’ll be the senior in her category.

‘We’ll be ready for next year, she has everything going for her and her ultimate goal for sure is to try and qualify for the next Olympics.’ 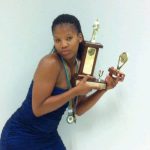 Motivated Mva aims to leave her mark at the Games 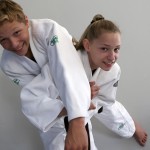 Breytenbach’s bring back the gold from Commonwealth Championships

By GARY LEMKE in Tokyo On the third day of staying in the Paralympic village bubble “it” finally dawned on me. “It” wasn’t the sheer visual aspect of the 4 000-plus Paralympians with disabilities all in the same environment of towering 17-storey apartments and surrounded by a 4km perimeter fence. Admittedly, that is the initial and most common conclusion of… END_OF_DOCUMENT_TOKEN_TO_BE_REPLACED