It looks like Olympic medal fever is infectious for the South African team at the 2012 Games… following Cameron van der Burgh’s swimming gold medal on Sunday night, Chad le Clos scorched into the final of the 200-metre butterfly 24 hours later.

Fourth fastest into the semi-finals after the morning heats, Le Clos was second quickest after the two semi-finals and goes into Tuesday’s final with a new South African record of 1min 54.34sec under his belt.

Prior to Monday’s super swim his personal best had been the 1:55:07 at last year’s world championships in Shanghai, China.

The SA record belonged to Sebastien Rousseau with a 1:54.51.

Swimming in the first semi-final Le Clos produced his trademark strong finish after lying third with one length to go.

And Olympic legend Michael Phelps will join 20-year-old Le Clos in the final after winning the second semi in 1:54.53, fourth fastest into the final but still slower than Le Clos.

American Phelps holds the world record of 1:51.51 swum at the 2009 World Championships.

As laid back as ever the Durban youngster said he had been strangely relaxed before the semis. “It was weird, I was super relaxed in the call room and was even telling myself ‘come on, get nervous’,” he grinned. “I hope tomorrow is the same.”

Le Clos is aware that he’ll need to go even quicker on Tuesday. “I think three or four guys could go under 1:54 tomorrow but in the big picture the main thing was to come to London and make the semi and maybe the final.”

Le Clos also said he had been inspired by team-mate Van der Burgh’s Olympic breaststroke gold and world record the previous night. “We all knew that he could swim it but he still had to do it and it’s huge motivation for the rest of us now.

“I know what an opportunity I have but as I’ve said before I could eighth tomorrow or win a medal.

“What I do is that I’ll be absolutely broken tomorrow after the final. I didn’t think I’d make the top five in the semis so I owe to myself to give my everything in that final. I’ll approach the race the same as Cameron, try and stay as relaxed as possible but also fully focused.”

It’s always been said that Le Clos’ time should logically be the 2016 Games in Rio but the Olympics produce the most illogical moments.

One thing’s for sure.. the eyes of the Rainbow Nation will be firmly fixated on the Games Aquatic Centre on Tuesday evening as he goes out to earn his stripes on the biggest stage of all. 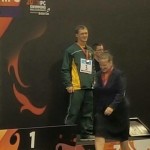 Herbst hurries to second medal for SA at World Champs

Tokyo looms, again, We don’t know for sure in what shape of form the Olympics and Paralympics will take place in July to September and if anything 2020 taught us to take nothing for granted. What we do know is that if Tokyo 2020 +1 does go ahead, it will do so against a new-found back drop where simply taking… END_OF_DOCUMENT_TOKEN_TO_BE_REPLACED