Defending champion Christoph Sauser, of the Burry Stander┬á Songo team, set off in defence of his Absa Cape Epic title in aggressive style on Sunday, winning the 22-kilometre prologue in Durbanville in 55min 10sec (55:10).

Sauser hung on to the back wheel of his partner, Olympic cross country champion Jaroslav Kulhavy, who set a blistering pace up the opening 235-metre climb from the Meerendal farmhouse ÔÇô ironically called the ÔÇ£Stairway to HeavenÔÇØ.

Wearing the South African colours of Burry Stander, in honour of Sauser’s former partner who died after he was hit by a taxi while training in January, they emerged with a lead of over a minute on the Multivan Merida team of Jose Hermida, who was fourth in the Olympics, and Rudi van Houts.

ÔÇ£We are really pleased with that performance,ÔÇØ said Sauser, a three-time winner of the gruelling stage race. ÔÇ£In the past we have seen that people who do well in the prologue do well in the whole race, but this is just the start and there is a long way to go.

“We know there is much to do, but we were pleased with our speed.ÔÇØ

As expected, Olympic riders ÔÇô five of the top 10 from the London Games lined up ÔÇô dominated the short opening leg. Marco Fontana and Manuel Fumic, of the Cannondale Factory team, who were third and seventh in London respectively, had targeted the prologue as the stage to make their mark. Their introduction to the Epic was harsh, as they finished in third place.

ÔÇ£We started out really fast but then we realised how hot it was and had to slow up a bit,ÔÇØ Fontana said.

Race favourites Karl Platt and Urs Huber (Bulls 1 team) kept in touch in fifth place, a little over two minutes behind the leaders. Philip Buys and Matthys Beukes, in ninth place, were the best of the South African teams.

The women’s prologue was dominated by Swiss rider Esther Suss, winning her 18th stage in her fifth appearance at the race.

Suss dragged Jane Neussli with her as team BMC Wheeler took a lead of almost two minutes ahead of Sally Bingham and Milena Landtwing (Topeak Ergon), who struggled to find her rhythm on the rugged climb.

The first main stage of the race, over 96km on Monday, includes climbs of 2 350m and a crossing of the Olifants River. 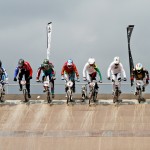 Viljoen in fine form before champs

Tokyo looms, again, We don’t know for sure in what shape of form the Olympics and Paralympics will take place in July to September and if anything 2020 taught us to take nothing for granted. What we do know is that if Tokyo 2020 +1 does go ahead, it will do so against a new-found back drop where simply taking… END_OF_DOCUMENT_TOKEN_TO_BE_REPLACED