A birdie finish in the second round of the Nomads SA Girls Championship moved Caitlyn Macnab from Ekurhuleni to within a shot of defending champion Woo-Ju Son in Orkney on Monday.

Son slept on a four-shot cushion after an opening five-under 67, but she battled a balky putter at Orkney Golf Club on day two.

South Africa’s top junior reeled in three birdies on her front nine, but lost the advantage with bogeys at 11th, 13th and 16th. She steadied the ship with seven straight pars on her back nine, but a further drop at the 8th for a round of 73 saw her finish on four-under 140.

Macnab started six off the pace, but got within three strokes of Son with a birdie at the par-three 14th and eagle at the par-five 17th.

‘I really got hold of the tee shot at 17th,’ said the 17-year-old Serengeti golfer, who will represent South Africa in the 28th Espirito Santo Trophy at the World Amateur Team Championship in Ireland at the end of August.

‘I bombed a huge drive down the middle. I had a pitching wedge in my hand, but hit a really poor shot. I had 20 metres left for eagle, but I hit the putt perfectly and it dropped down the hole. That gave me some nice momentum for the back nine.

‘I birdied the 2nd but gave the shot back at 4th. At the 9th, I hit 4-iron down the middle and laid up with a pitching wedge to leave myself a full shot in. I hit a 9-iron and it pitched a metre behind the hole, leaving me with a tap-in birdie for a 68.’

Son and Macnab went head-to-head last year for the Curro SA Junior International title, with Son prevailing at the second play-off hole. ‘I’m looking forward to locking horns with Woo-Ju again,’ said Macnab. ‘It’s always a tight fight and I don’t expect anything less in the final round.’

She will start the final round on three under, two strokes clear of former Nomads SA Girls Rose Bowl champion Kaiyuree Moodley, who carded a second round 72.

Western Province duo Kaylah Williams and Jordan Rothman round out the top five.

Williams, who will be teeing it up in the Junior Open at St Andrews in July, returned a 69 to finish on even-par 144, while Rothman – coming off a top-five finish at the World Junior in Indonesia – carded 72 to sit at one-over.

Cameron Seboa from King David Mowbray Golf Club in Cape Town overtook the first round leader Simone Ferreira for the second round in the B-Division.

Seboa carded 82 to move to 21 over and the Western Province golfer will start the final round five strokes clear of Free State junior Ellandri van Heerden and Ferreira from KwaZulu-Natal.

Nicola Herbst from Boland set the first round target in the C-Division for 19-25 handicaps.

The Theewaterskloof junior scored 45 points and leads by one point from Tara Nieuwoudt from Western Province. Chloe Buss from Border finished third with 40 points.

Reagan Woodbridge from Northern Cape tops the D-Division leaderboard for 26-32 handicaps after she posted a first round score of 35 points. Woodbridge is four points clear of Anne-Isabel Scheltema from Boland, with Erin Baurraud from Border in third on 25 points.

Photo: Macnab during her fine round at Orkney, by Ernest Blignault. 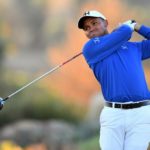 Birdie on the first and Hess leads at Joburg City Masters 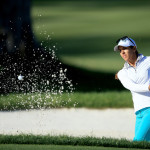 Reto right up with the leaders in LPGA Classic 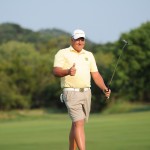 Tristen helps SA battle back to seventh spot in Argentine

Tokyo looms, again, We don’t know for sure in what shape of form the Olympics and Paralympics will take place in July to September and if anything 2020 taught us to take nothing for granted. What we do know is that if Tokyo 2020 +1 does go ahead, it will do so against a new-found back drop where simply taking… END_OF_DOCUMENT_TOKEN_TO_BE_REPLACED