A series of top-class saves by on-song Investec South Africa goalkeeper Sanani Mangisa kept her side’s tails up in the third Test against Azerbaijan at the Wanderers Club in Johannesburg on Saturday.

Her faultless display in the 70 minutes gave captain Marsha Marescia’s line-up the momentum needed to win an absorbing encounter 4-0.

The victory gives SA a 3-0 lead in the five Tests between the two countries. The first two internationals were won 4-3 and 3-1 at Wanderers.

After a couple of great saves by the Northerns Blues keeper stopped a threatening Azerbaijan from opening the scoring SA went into half-time 1-0 up when Northerns Blues captain Kim Hubach flicked in a glorious penalty corner goal just two minutes from the changeover.

Seven minutes into the second half a silky movement upfield by the South Africans was initiated by Davids, carried on by Free State’s 2010 Player of the Year Lesle-Ann George and culminated in Northerns Blues centre forward Dirkie Chamberlain scoring a goal that had the happy Wanderers crowd awestruck.

Hard-running Investec SA striker Sulette Damons of North West Province grabbed a brace during a wonderful final 20 minutes for the Proteas and head coach Giles Bonnet permitted himself a smile of satisfaction.

The fourth Test is at the Randburg Astro Stadium at 5pm on Sunday before the fifth and final clash between the two nations is back at Wanderers from 7pm on Monday.

The Investec International Series that incorporates 18 Test matches over 22 days for the girls in green and gold and also includes world number 17 Belgium at the University of Free State hockey centre in Bloemfontein, is starting to heat up.

From Tuesday to Sunday it’s six Tests on the trot in Johannesburg against formidable world number four and 2008 Beijing Olympic Games silver medallists China, where Investec South Africa’s improved structure will be tested to the full. 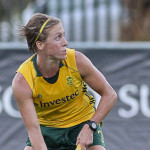 Coaches expecting SA youngsters to up their game

By GARY LEMKE in Tokyo On the third day of staying in the Paralympic village bubble “it” finally dawned on me. “It” wasn’t the sheer visual aspect of the 4 000-plus Paralympians with disabilities all in the same environment of towering 17-storey apartments and surrounded by a 4km perimeter fence. Admittedly, that is the initial and most common conclusion of… END_OF_DOCUMENT_TOKEN_TO_BE_REPLACED