Ten time world champion Hank McGregor showed ominous signs of his best form on the weekend as he won his second title at the tough 60-kilometre FastDrak race in the build-up to the important N3TC Drak Challenge on 20-21 January.

A relaxed and measured McGregor mastered the low uMzimkhulu River and the challenges from several elite racers to canter home to win the endurance outing that covers the full course of the two-day Drak Challenge in a solitary outing, with two added portages.

‘It was so good to be able to race the entire Drak course against such a strong field,’ said Team Euro Steel star McGregor. ‘It was great racing in a beautiful part of the country, with my family there to support and second me,’ he added.

McGregor won the prestigious Drak title three years on the trot from 2010 to 2012, but since then has been on the losing end of a number of thrilling duels on the uMzimkhulu, in recent years to Andy Birkett.

McGregor will be teaming up with Birkett for the FNB Dusi in February, but will have to deal with his K2 partner as his toughest opponent on the water during January’s Drak Challenge, as Birkett has won the last four editions of the race.

‘I’m really looking forward to racing Andy (Birkett) at the Drak. It has basically been the two of us over the last few years, and the margins have been so small,’ he said. ‘The fact that we are team mates for the Dusi just makes it more appealing.’

For McGregor, who will turn 40 a few days after the Drak Challenge this year, getting his name back onto the Drak trophy will have a strong appeal.

The Durbanite has been using his time in the Southern Drakensberg shrewdly, spending time scouting the lower stretches of the second stage that have in recent years proved to be decisive in the title race outcome.

At the FastDrak on the weekend Clinton Cook was locked in a tussle with veteran Thulani Mbanjwa for second, who has been showing solid early summer form ahead of the FNB Dusi Canoe Marathon in mid-February. Mbanjwa powered away in the closing stages to relegate Cook to the last step on the podium.

The race included a number of other paddlers who are sure to feature prominently in the Dusi title clash, but who elected not to show their hands in the tough one day FastDrak race.

Ant Stott withdrew midway through the race, not keen to injure himself on the low river, while Andrew Houston did the same.

The women’s race saw a return to big time paddling in South Africa for former Drak and Dusi champion Robyn Owen, who powered away with the women’s spoils with impressive ease.

Christie Mackenzie raced well in second, with Kerry Segal taking third just ahead of Cana Peek. All three of these women will be pivotal to the Dusi K2 race in February which will not include Owen, who is preparing for her Coast-To-Coast in New Zealand at the same time as the Dusi.

The N3TC Drak Challenge starts at Castleburn on Saturday 20 January with a 24km stage to Sinister Pool, just above the Swartberg Road Bridge. The next day’s second stage is 36km, finishing at Early Mist Farm close to Coleford resort. 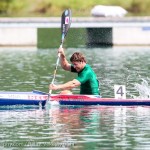 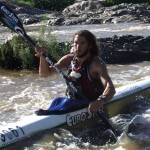 Birkett gets his teeth into Dusi preparations with Croc victory

By GARY LEMKE in Tokyo On the third day of staying in the Paralympic village bubble “it” finally dawned on me. “It” wasn’t the sheer visual aspect of the 4 000-plus Paralympians with disabilities all in the same environment of towering 17-storey apartments and surrounded by a 4km perimeter fence. Admittedly, that is the initial and most common conclusion of… END_OF_DOCUMENT_TOKEN_TO_BE_REPLACED