Six of our top junior sprint canoeists have just returned to African soil after competing against 21 other nations, at the 2010 Olympic Hopes Regatta in Slovakia.

Western Cape’s Melanie Van Niekerk was the star of the tour, racing to three finals.

The Olympic Hopes Regatta is unique in that it is one of the few times that athletes compete against other athletes of their own age, and not within age categories.

The South African team of Van Niekerk, Brittany Peterson, Marisa Pretorius, Heinrich Botha, Michael Pretorius, Luke Stowman and Greg van Heerden (coach and manager) arrived in Piestany, Slovakia just under a week before competition and then getting used to the borrowed boats and competition course, which was located on the River Vah.

Racing kicked off on Friday with the 200-metre events which were held in pouring rain. The team achieved three semi-finals, with the result of the day belonging to Van Niekerk, who progressed directly through from the heats to finish seventh in the 200m final.

Saturday’s 1000m events were raced in near-perfect conditions and this reflected in the team’s performance, with four semi-finals and three finals added to their tally. Athletes achieving finals in the 1000m included Stowman and Botha (eighth), Van Niekerk (sixth and Peterson (eighth).

The final day of the competition saw the athletes competing in the 500m events. Team South Africa raced into two semi-finals, with Melanie van Niekerk achieving yet another final berth where she finished in fifth overall –the best result of the tour.

Team South Africa place 14th out of 22 nations and Van Heerden was pleased with their results.

ÔÇ£The athletes deserve a very big ‘well done!’ We can be sure that the regatta has provided them with valuable experience and an honest measurement of where they are at this point in there preparation enabling them to learn and build for the future.ÔÇØ

Van Heerden went on to emphasise that the team gained a lot more than just International racing experience from the 2010 Olympic Hopes Regatta.

ÔÇ£We had a great tour; the athletes got to compete against some of the world’s best paddlers, learn from their victories and their losses, experience Slovakia and its beauty, and they were able to build friendships with people who are striving towards similar goals and who understand just how hard the journey really is.ÔÇØ 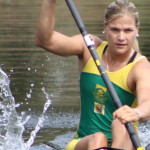 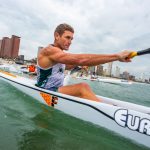 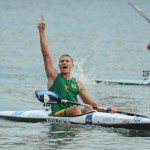