Moolman-Pasio went into the race on the back of some fine form, having finished runner-up in the prestigious Giro Rosa in Italy last week where she earned Africa’s first ever Grand Tour podium by a woman.

The 2016 Rio Olympian was in the thick of things all the way, launching an attack of her own just 1.3km before the summit of the formidable Col de la Colombiere as her Cervelo-Bigla teammate Cecilie Uttrup Ludwig had been caught by herself and the Dutch pair of Annemiek van Vleuten and Anna van der Breggen.

The attack took the sting out of Moolman-Pasio’s legs and she lost ground on the duo as Van der Breggen – a reigning Olympic champion – started the descent into Le Grand-Bornand with a 10-second advantage.

Moolman-Pasio lost more ground on the long drop into town as ahead of her, Van Vleuten reeled in Van der Breggen in the last 50m of the stage to claim an exciting win.

Van Vleuten clocked 3hr 20min 43sec for the win with Van der Breggen one second adrift and Moolman-Pasio one minute and 22 seconds in arrears, 36 seconds ahead of Danish teammate Ludwig in fourth. 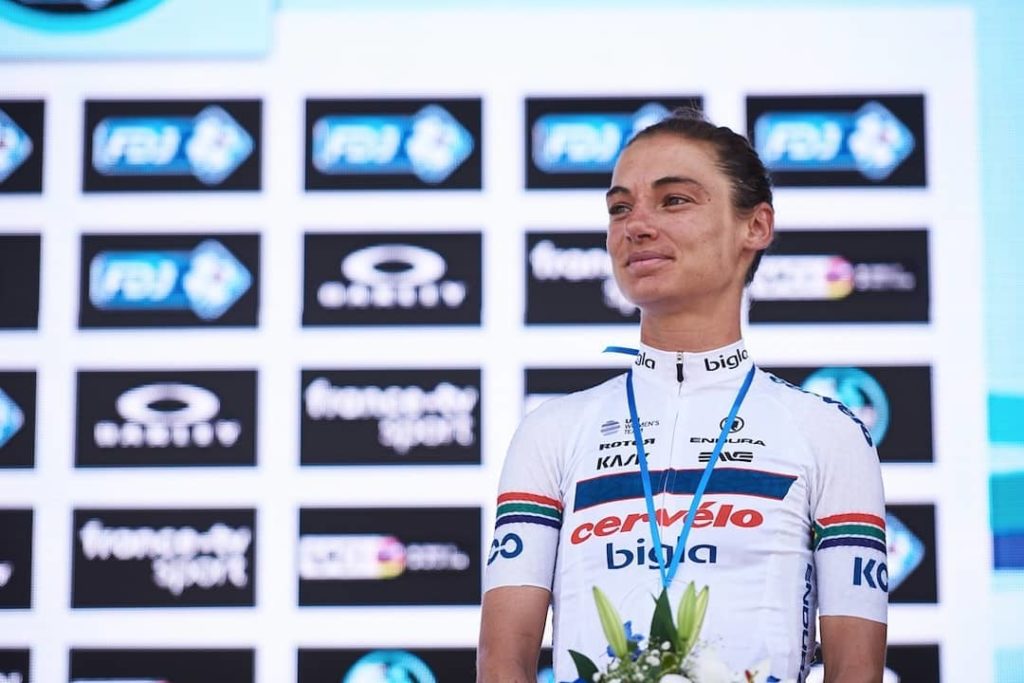 ‘Wow, what a day!’ said Moolman-Pasio on her Facebook page.

‘What a team performance! So incredibly proud of my @cervelobigla teammates for showing to the world why women’s cycling deserves TV exposure through our performance @lacoursebyletour.

‘We may not have won, but we gave it our everything yesterday! And that’s something to be proud of  ?’

Conrad comes back to win