Having spent the past few weeks in Canberra, at the Australian Institute of Sport Australia, attending an international race walking training camp, Marc Mundell is currently preparing for the 2016 Olympics in Rio de Janeiro.
Mundell, who achieved the Olympic 50-kilometre qualification standard at the IAAF World Championships in Beijing in August, competed at the 2012 London Olympics.
He’s the current African record holder for the 50km race walking event in race walking with a time of 3hr 55min 32sec.
The 32-year old hails from Pretoria, and has had a love for the sport since his early childhood years.
‘I literally followed in my father’s footsteps. I was very interested in all sport as a youngster. I started race walking when I was 12 and competed at SA Schools and SA Juniors from then on.’
Mundell’s father, Oliver Mundell, represented South Africa in the Race Walking Championships in the early 1990s after sporting isolation ended.
It was only after his second year at the University of Pretoria that Mundell gave up all other sports to focus solely on his race walking career.
The Australian training camp he has been attending consists of a nutritional research study as well as the physical training. Mundell says the aim of the study by Dr Louise Burke is to determine the effects of different diets on the athletes’ training regimes.
Placed on the high-fat low-carb diet, Mundell says ‘it was very different preparing for 25km+ sessions on two boiled eggs or some almonds and/or cheese – things I wouldn’t ordinarily do.’
With these strict dietary restrictions and intense training program Mundell has totalled 482 kilometres of walking in the first four weeks of the camp. He will be competing in the Australian 50km National Championships in Melbourne on Sunday before returning home.
Mundell will be returning to Australia in January 2016 to participate in another training camp from 9 January to 7 February. This second training camp will also coincide with the nutritional study, but this time Mundell says he will be on a different diet.
He placed 32nd at the London Olympics in 2012, and one of his goals for the Rio Olympics is to better this. ‘My time in 2012 was the race of my life, whereas now I am dissatisfied with doing those times. It is wonderful to have walked under the qualifying time every 50km race since London,  despite having knee surgery straight after the 2012 Olympics,’ he says.
In terms of preparation for the upcoming Olympics, Mundell had this to say: ‘It is totally different for me expecting to compete in 2016 as opposed to hoping to qualify in 2012. It also makes a huge difference qualifying already in March 2015 and again in August 2015 in comparison to the final chance of the year in May 2012.’
Furthermore, Mundell resigned from his day job in order to focus on his preparations for Rio. ‘This allows me to train at a higher intensity and to pursue international training camps in the build up,’ he explains.
He adds that he would not have progressed as much as he had without the support of his wife, family, and friends.
Mundell’s favourite book extract, which sums up his entire sporting philosophy of having no regrets, is this: ‘If you haven’t got the courage to quit your job, then you probably don’t believe in yourself. And if you don’t leave the job, you’ll never become a champion, you’ll never find out if you have what it takes or not. It comes down to a question of faith, as you see.
‘That’s why I think it’s important that you ask yourself the question – do you believe you have what it takes?’

Van der Merwe is an intern at Highbury Safika Media 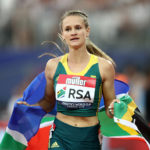 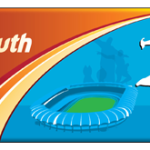 SA’s future stars take on the world in Colombia

Bolt on being a legend

By GARY LEMKE in Tokyo On the third day of staying in the Paralympic village bubble “it” finally dawned on me. “It” wasn’t the sheer visual aspect of the 4 000-plus Paralympians with disabilities all in the same environment of towering 17-storey apartments and surrounded by a 4km perimeter fence. Admittedly, that is the initial and most common conclusion of… END_OF_DOCUMENT_TOKEN_TO_BE_REPLACED