Event organisers for the Cell C Goodwave surfing event in Durban have issued an amber alert for the event to run this upcoming weekend. It is a standby call and a heads up for all invited surfers.

Organisers will make the final call on Thursday for a possible start for the event on Friday morning.

Cell C Goodwave official forecaster Spike from www.wavescape.co.za has been monitoring the conditions.

‘A cut-off low pressure cell detaches from the coast overnight Wednesday and forms into a strong system South East of Durban by Thursday morning,’ says Spike. ‘A two-day groundswell arrives on Friday with good energy, lasting into Saturday morning when it’s starting to wane.

‘Conditions are promising for waves in the solid two-metre (six foot) range, with the chance of a bit too much South in the direction the only possible factor against an otherwise perfect convergence of factors for the Goodwave.’

According to the event organisers there is also an option to possibly run the event split over two days, being Friday and Saturday.

The Cell C Goodwave is a unique competition on the South African surfing calendar in that it has a one-year waiting period, it costs only R1 to enter, and first prize is R100,000, the largest domestic prize in the country. The Cell C Goodwave has invited 32 surfers to compete in the tournament.

Should some of these surfers not make it to the New Pier in Durban on the day, their slots will be filled up with the alternate surfers. Should there still be open slots, the contest director will choose walk-up entries on the day.

It’s imperative to have a full day of good waves (or two half days) at the New Pier to run the event to completion.

The competition will be hosted by California Dreaming restaurant on the beachfront. Oakley and Sun International are both supporting sponsors.

In addition, Cell C is also offering free wi-fi on the beach during the entire contest. Miss a 10-point ride, and watch the heat replays via the WSL app over the free wi-ri. 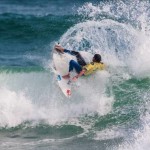 Brand and Grant keep SA in contention at World Games 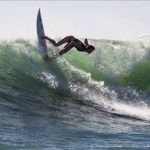 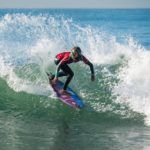 Slijpen through to last eight in California

Tokyo looms, again, We don’t know for sure in what shape of form the Olympics and Paralympics will take place in July to September and if anything 2020 taught us to take nothing for granted. What we do know is that if Tokyo 2020 +1 does go ahead, it will do so against a new-found back drop where simply taking… END_OF_DOCUMENT_TOKEN_TO_BE_REPLACED