Lee-Anne Pace shook off the last of the early-season rust to capture her 12th Sunshine Ladies Tour title with a play-off victory in the Cape Town Ladies Open at Royal Cape on Thursday.

Twelve months after losing the title to Ashleigh Buhai in extra time in the same event, the 2016 champion went full circle and made a welcome return to the winner’s enclosure.

Trailing by two shots to best friend Anne-Lise Caudal as they reached the final hole, Pace buried a long birdie putt to deny the Frenchwoman a long-overdue trophy.

A round of 71 from Pace and a 70 from Caudal after a bogey at 18, saw the pair tie one eight-under 214. They made the return trip back to the 18th tee for a sudden-death play-off and it was almost a replay of last year’s event. This time, though, Pace prevailed with a par.

‘The last time Anne-Lise and I played together we both played awful golf, so I was scared that was going to happen again,’ explained Pace. ‘But this time we played really well and it was awesome to see her make a comeback after struggling with injuries.’

Pace trailed by three strokes at the start of the day and knew she needed to land some birdies in order to catch leader Ivanna Samu. She cancelled out a birdie on the first with bogeys on the second and third holes and racked up four in a row from five before dropping another shot at the ninth.

The topsy-turvy round continued down the back nine with a pair of birdies sandwiched between bogeys at 10 and 13, followed by four pars and the title-saving birdie at 18.

‘The bogeys at two and three really fired me up,’ she explained. ‘I was angry with myself and I reeled off four birdies in a row as a result. But it’s been that kind of week for me. I made some birdies and then gave shots back as if they were Christmas presents that I needed to return.

‘I made a decent start to the season in the Canon Ladies Tshwane Open, but I never really got the putter going. I was ready to fire in the Joburg Ladies Open, but then a virus struck and I was forced to withdraw after just six holes in the first round. That stung, so I really came here this week with a winning mind-set. It’s really great to be back in the winner’s circle.’

Caudal, a regular campaigner on the Sunshine Ladies Tour, was pleased to get back into contention.

The two-time winner Ladies European Tour winner was four-under at the start of the final round, and level heading down the final nine holes, but an eagle at the par five 11th kick-started a great run on the homestretch.

Birdies at the 13th, 14th and 16th propelled her into a two-shot lead, but a pulled tee shot on the final hole put the brakes on her victory charge. The ensuing bogey landed her in the play-off and another drop at 18 left Pace to swoop in for her second Cape Town Ladies Open win in the last three years.

‘I played really well on the back nine and I’m happy with my week,’ Caudal said.

‘On the last hole I was up against the tree and had to chip out and then I left my approach shot short – but that’s golf. It’s been a long time and I struggled with my game last year, so it was fun to get into contention again.’

The pair were unaware that, behind them, the leading group overnight had run into trouble, meaning it had effectively turned into a duel between the two best friends.

‘It was tricky because the last time I saw a scoreboard was around the 14th, when eight-under was leading,’ said Pace. ‘I assumed the players behind us was leading. Anne-Lise was going well and when a crowd started following us and the cameramen turned up, I realised one of us had a good chance of winning.’

Meanwhile South Africa’s Nicole Garcia – who lines up in title defence at next week’s Dimension Data Ladies Challenge in George – racked up three birdies in the last four holes for a 70 and sole third on seven under.

Rising Western Province amateur Jordan Rothman – who recently became the first girl to qualify for the popular Bridge Fund Managers Junior Series Final – carried her fine form to finish as the low amateur. The 15-year-old Durbanville golfer posted a 74 to tie for 20th on three-over, four shots ahead of Casandra Hall from Ekurhuleni. 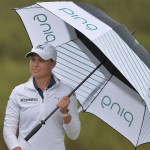 Pace puts three shots between herself and Pro-Am chasers 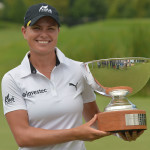 Pace picks up another title and then packs for Thailand! 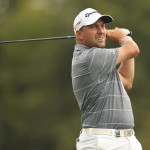 Fichardt in the hunt for a third title at Fancourt

Tokyo looms, again, We don’t know for sure in what shape of form the Olympics and Paralympics will take place in July to September and if anything 2020 taught us to take nothing for granted. What we do know is that if Tokyo 2020 +1 does go ahead, it will do so against a new-found back drop where simply taking… END_OF_DOCUMENT_TOKEN_TO_BE_REPLACED