Our top para-cyclists do battle in the national road championships in Durban this week. And some interesting contests are set to take place in the hot and humid KwaZulu-Natal province.

Already the men’s T2 category is shaping up to be one of the races of the championships. Paralympian Gerhard Viljoen (fourth in his class in London back in 2012) is up against up and coming youngsters Goldie Fuch and Yustin Lintnaar. “Goldie is 2013 road champion and Yustin is 2013 time trial champion,” says London Paralympics cycling coach Ricky Kulsen.

“These two youngsters also dethroned 2012 champion Gerhard during the 2013 championships.”

Paralympic legend Ernst van Dyk, pictured right, does battle with Andries Scheepers in the H4 hand cycling class. Of the six-time Paralympian, Kulsen says: “Ernst seems to be in quite good form and will be hard to beat. The road race in the H4 class will be interesting to say the least.”

The women’s time trial and road race should also see a great tussle between H1 rider Justine Asher and H2 rider Hillary Lewis. “Both riders will be racing for a spot in the relay team for the upcoming World Cup events,” says Kulsen.

In the bicycle classes the performance of Oswald Kydd (C2) will be interesting to watch. Kydd is a possible candidate for Team South Africa in the triathlon at the Rio 2016 Paralympics.

An interesting tale will be that of former Paralympic javelin champion Nicolas Newman. He’ll be competing in the C3 Class and he has become quite an accomplished tri-athlete. “He’ll be looking for a good performance in the TT.” says Kulsen. Newman will be competing against up and coming junior champion Juan Odendaal and the favourite for the event BJ van der Walt.

In other women’s events the performance of Vicky Scheepers in the C4 class will be interesting to watch. While still a newcomer to the sport she has already showed a lot of potential.

Selection criteria have been pegged rather high for the championships and it will be interesting to see how many meet the standards before the team is chosen for the world championships in South Carolina, United States later this year. 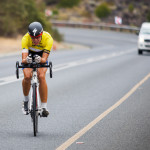 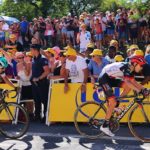 Meintjes hangs on to top-10 spot at Tour de France

Tokyo looms, again, We don’t know for sure in what shape of form the Olympics and Paralympics will take place in July to September and if anything 2020 taught us to take nothing for granted. What we do know is that if Tokyo 2020 +1 does go ahead, it will do so against a new-found back drop where simply taking… END_OF_DOCUMENT_TOKEN_TO_BE_REPLACED