That sums up day three action of the PHL on Thursday which saw another 18 goals being scored.

The story of the day undoubtedly came from the mid-afternoon game when the experienced Maropeng Cavemen, the double defending champions, tasted their first normal-time defeat since PHL 2016, going down 3-1 to the Golden Gate Gladiators.

The Gladiators were without regular coach Garreth Ewing due to work commitments, so SA U18 coach and national selector Devon van der Merwe took charge for this game.

The Gladiators were in a bullish mood and the side settled into the game early. Chris Makaba danced through the Cavemen’s defence and converted the goal from a tight angle, even though it was a touch fortunate as the ball took a deflection past Cavemen keeper Rassie Pieterse.

The second goal had nothing lucky about it. Wade Dollman executed the perfect penalty corner to fire the ball into the bottom corner. Such was the velocity of the shot that it hit the backboard before Pieterse had a chance to save it.

The Cavemen were far better in the second half and found themselves back in the game when Ryan Crowe squared for Reza Rosenberg to net into the empty goal. As the Cavemen surged forward to find the equaliser, they replaced Pieterse with an outfield player, which created an opportunity for Jared Cass.

Newly selected to the South African men’s side, Cass finished from a tight angle, 3-1 the final score.

In the women’s games, there was arguably a surprise when the Orange River Rafters defeated favourites the Blyde River Bunters 2-0. This is one of the few times in CTM PHL history that the Bunters have been unable to score.

Shaun Hulley’s side were top value for their victory that made it three out of three in this year’s tournament. Although it was built on a fine defensive display, helped by SPAR South Africa indoor keeper Cheree Greyvenstein back in goal, it was two moments of magic that saw the defending champions win. 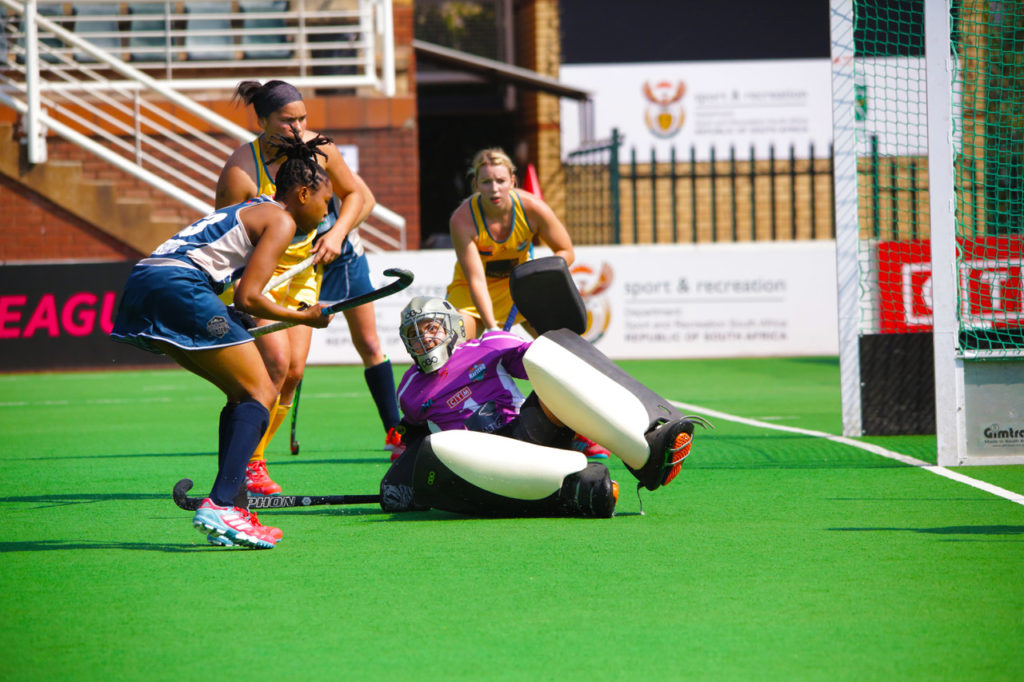 Lerato Mahlangu and Mia Barnard both benefited from superb link-up play behind them, with Sulette Damons’ pass for Bernard’s goal special.

The Lakers got their second win in two thanks to Tegan Fourie scoring in the top left corner with a superb drag flick. With the South Africans looking for a drag flicker for the national team, one can’t fault the effort of Fourie in giving her team the lead.

It really could have been three or four for the Lakers, who were once again superbly marshalled by Erin Hunter and Player of the Match Kara Botes.

The Madikwe Rangers resurrected their league season with a bonus-point victory against the Daisies. However, they found themselves trailing at half-time when Lauren Nina sent Modipane one way and the ball the other.

Facing the daunting possibility of being zero from three, the Rangers poured forward and with just three minutes left in the third quarter, pulled one goal back through Sylvia van Jaarsveldt.

The goal came due to a poor defensive mistake. But there was no mistake, just class, in the second strike by Van Jaarsveldt whose tomahawk strike flew into the top corner – arguably the goal of the tournament so far!

In the fourth quarter, the Daisies tried to level the game, but the Rangers were belligerent in their attack, Nomnikelo Veto emulating Van Jaarsveldt in scoring her own tomahawk. There was time for one last goal and it fell to skipper Lisa-Marie Deetlefs with a signature penalty corner which sealed a 4-1 win and, importantly, the bonus point for the 2016 finalists.

At the other end of the day, the Drakensberg Dragons and the Garden Route Gazelles looked for a first win, having both only played one game last week. They produced the most frenetic period of the tournament so far with four goals in the opening quarter that ended all square.

Taine Paton, who has 104 caps for South Africa, put the Gazelles ahead, but Blake Tyack pulled it level. Connor Beauchamp, an in-demand man in the draft, re-established the lead, but it lasted just three minutes and Richard Pautz, Man of the Match and ex-Elephant, scored a penalty corner.

Fans had to wait until the end of the third quarter for the next goal and it came from Melrick Maddocks. Maddocks, who recently played for South Africa, has grown well as a player and took his opportunity like a seasoned campaigner. Cody van Wyk wrapped up the game in the 46th minute to give Sihle Ntuli’s side their first win of this campaign.

There is no time to rest as five full fixtures await the players on Friday at Randburg Astro, with games starting at 8am. 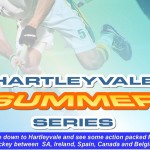 SA and four other nations in plenty of Test action

By GARY LEMKE in Tokyo On the third day of staying in the Paralympic village bubble “it” finally dawned on me. “It” wasn’t the sheer visual aspect of the 4 000-plus Paralympians with disabilities all in the same environment of towering 17-storey apartments and surrounded by a 4km perimeter fence. Admittedly, that is the initial and most common conclusion of… END_OF_DOCUMENT_TOKEN_TO_BE_REPLACED