It was a day where the weather was the main talking point at Glendower (indeed, in most of Gauteng) and sadly, Mother Nature got the better of the start of the seventh event in this year’s Chase to the Investec Cup for Ladies on the Sunshine Ladies Tour.

Torrential rain, which began on Monday and never relented, forced the first round of the Sunshine Ladies Tour Classic, sponsored by Canon, to be abandoned without a tee shot being fired.

‘The course was flooded and the grounds staff were trying desperately to clean up with squeegees when we arrived early this morning,’ said tournament director Pauli van Meersbergen.

‘At first we moved the early morning tee times forward to 10.20am, but it was still raining and the course was too wet to start play. So we pushed it to 12.30pm, but the rain still hadn’t let up.

‘By lunchtime we had no choice but to abandon play. More than 70 millimetres of rain had fallen since the previous evening and the bunkers and fairways were waterlogged due to the deluge.’

With the Chase to the Investec Cup for Ladies Final in only three weeks time, and the fight for the top 10 spots in the R1-million season finale at Millvale Private Retreat heating up, Van Meersbergen said it’s imperative to attempt to deliver a 54-hole tournament.

‘The weather report is a bit more favourable for Wednesday. So – rain permitting – we plan to get the first round started by 6.30 and then play the second round from 11.30,’ she said. ‘That will hopefully give us a final round on Thursday.

‘But we might have to play on Friday if the wet weather persists. In addition to extra funding for the tournaments purses, Investec Property covers the operational costs of our tournaments. Thanks to their support, we can push the event to an extra day if we need to.’

While the Sunshine Ladies Tour campaigners value the impact of the rain, given the countrywide water crisis, Cape Town Ladies Open winner Ashleigh Buhai was perhaps the only person in the clubhouse who was really happy to get a one-day reprieve from the Glendower showpiece.

‘I jetted back from the LPGA Australian Open to make the Tuesday start, so a few more hours to shake the jetlag is really welcome,’ said the Edenvale golfer.

‘Of course, playing 36 holes on Wednesday will be taxing, but by tomorrow I’ll be up for it. I lost my lead while I was in Australia and I want to be rested, because every time Investec Property brings the Sunshine Ladies Tour to my home course, I want to win.’

Two of the other players waiting out the delayed start were the two campaigners Buhai hopes to beat this week.

Nicole Garcia vaulted to second behind England’s Kiran Matharu in the Chase to the Investec Cup for Ladies points standings with a stunning wire-to-wire victory in the Dimension Data Challenge at Fancourt on Sunday.

It was the Benoni golfer’s first win since her 2015 breakthrough pro victory at Glendower and the 27-year-old is primed for back-to-back success.

Meanwhile Matharu, who recorded a start-to-finish victory in the Ladies Tshwane Open last month, moved to the top of the rankings with a fourth place finish at Fancourt. The Englishwoman was also looking forward to cash in on her good form with another successful week on the South African circuit. 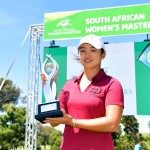 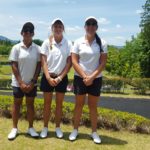 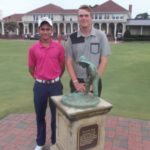 Fourth spot in US tournament for SA’s Germishuys

By GARY LEMKE in Tokyo On the third day of staying in the Paralympic village bubble “it” finally dawned on me. “It” wasn’t the sheer visual aspect of the 4 000-plus Paralympians with disabilities all in the same environment of towering 17-storey apartments and surrounded by a 4km perimeter fence. Admittedly, that is the initial and most common conclusion of… END_OF_DOCUMENT_TOKEN_TO_BE_REPLACED