Reinardt Janse van Rensburg wrapped up his season with an emotional victory in the men’s race, while Sharon Laws became the first non-South African to win the women’s event at the Momentum 94.7 Cycle Challenge in Johannesburg on Sunday.

ÔÇ£This was an emotional win for me,” Janse van Rensburg said. “My dad passed away two weeks ago and he played a big role in my cycling. He was the reason I started cycling.

ÔÇ£He was so proud of all my achievements this year and I really wanted to win this last one for him.

ÔÇ£In the last kilometre I decided it was the moment to go, I got a gap and maintained my lead till the finish.ÔÇØ

Janse van Rensburg performed well both locally and internationally this year, bagging 14 international titles which included the Ronde van Zeeland in the Netherlands.

He became the second rider to win both the Cape Argus and the Cycle Challenge in the same year.

ÔÇ£I couldn’t have dreamed for the season I’ve had,” he said. ÔÇ£I’ve won two big races in South Africa ÔÇô the Cape Argus and the Cycle Challenge ÔÇô and 14 other international races. It has been great.

“I never imagined it would all end like this.ÔÇØ

Team-mate Brown, who won both races in 2009, congratulated Janse van Rensburg on his victory. ÔÇ£The race went well for us. Our team took first and third,ÔÇØ Brown said.

ÔÇ£The pace was really fast and was intense and at the end Reinardt went really hard with one kilometre to go. For him to take the victory today is fantastic and I’m really happy for him.ÔÇØ 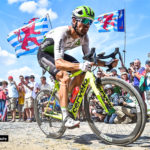 Bernard on his “awesome” win

By GARY LEMKE in Tokyo On the third day of staying in the Paralympic village bubble “it” finally dawned on me. “It” wasn’t the sheer visual aspect of the 4 000-plus Paralympians with disabilities all in the same environment of towering 17-storey apartments and surrounded by a 4km perimeter fence. Admittedly, that is the initial and most common conclusion of… END_OF_DOCUMENT_TOKEN_TO_BE_REPLACED