SA triathletes Henri Schoeman and Simone Ackerman have wrapped up their international seasons in Sarasota, Florida.

And Mother Nature’s influence on the event meant that the final race format of the ITU Triathlon World Cup event didn’t play into their hands.

The swimming discipline sees both of them as strong competitors but the after effects of Hurricane Irma meant the water quality wasn’t good enough to allow for swimming.

That saw the event being change to a sprint duathlon with athletes running 2.5km, biking 18.3 and then finishing off with another run of 5km.

Conditions were especially brutal in the women’s event with 13 athletes failing to finish and a further two being lapped and dropping out.

Schoeman told Team SA as he headed back to his home town of Durban: ‘Two days before the race we were told that it’s changed to a duathlon because of the bad water quality.

‘Then, 30 minutes before the race start they changed it to a sprint duathlon because of the heat and humidity factor.

‘It was a bit of a rollercoaster ride and with me being in temperatures below 10 degrees leading up to the race it wasn’t the best preparation.

‘I suffered in the conditions and my result doesn’t show my form whatsoever. I was disappointed but I’ll take the experience with me.

‘So I’ll enjoy some off season break and be ready for a new year of racing in 2018.’ 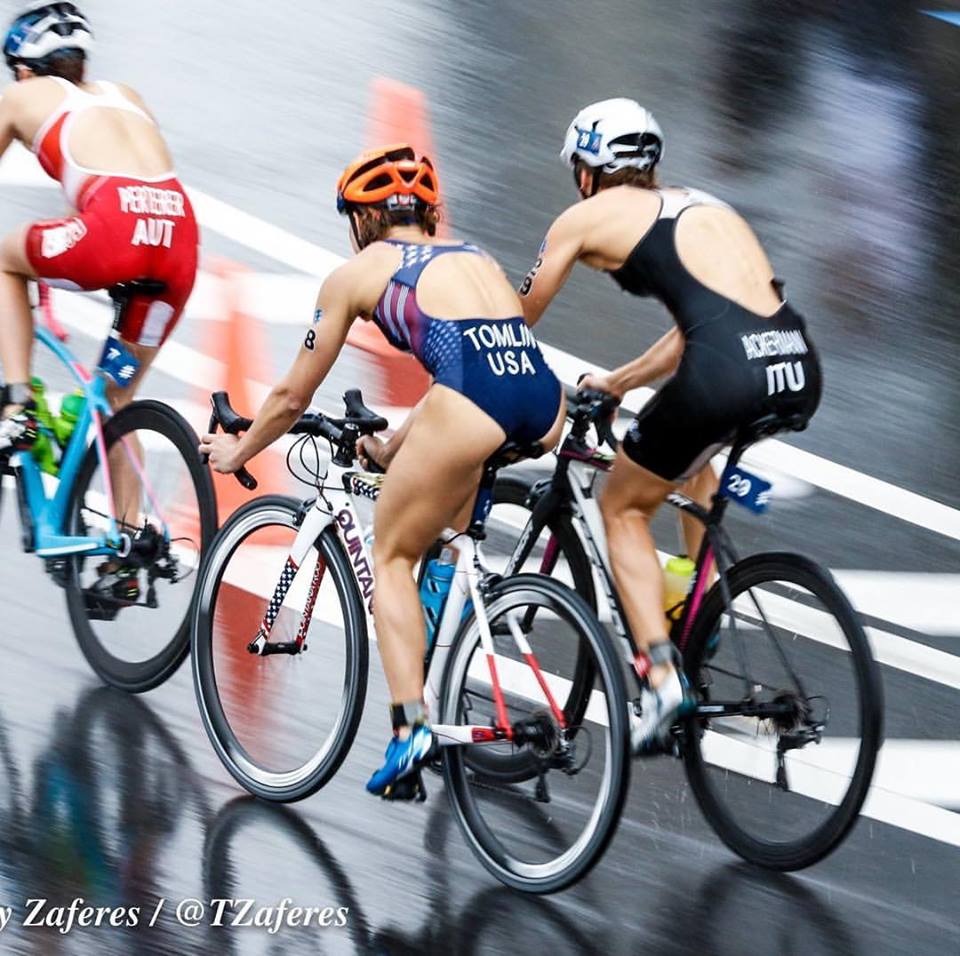 As for Ackermann (pictured above in bike action), she said it was something of a ‘weird’ race.

‘When it changed to a duathlon, because of water quality issues, it didn’t really play to my strengths, but it’s just one of those things you have to put aside.

‘I didn’t know what to expect from the race from that stage on. It was good to get a top 15 though it could have been better.

‘The high heat and humidity made for a brutal race. I think those of us that made it to the finish were just have happy to have done so, with many not getting that far.’

Ackermann is now back at her New Zealand base and like Schoeman, preparing for next year with the Commonwealth Games looming large in Gold Coast, Australia in April.

De Villiers to race in Korea

Tokyo looms, again, We don’t know for sure in what shape of form the Olympics and Paralympics will take place in July to September and if anything 2020 taught us to take nothing for granted. What we do know is that if Tokyo 2020 +1 does go ahead, it will do so against a new-found back drop where simply taking… END_OF_DOCUMENT_TOKEN_TO_BE_REPLACED