Last year the South Africans ended up runners-up in the same competition and already they’re on the winning trail.

Their first two matches saw them beating Austria 13-4 and Scotland 10-6.

The Polish event will be part of the preparations for this year’s FINA Aquatic Championships in Hungary.

This year’s tournament has grown to 12 teams, and South Africa are in Pool B.

Those two victories mean they join the other four group winners to determine the overall winner.

For this event, South Africa have given some of their senior players a breather, opting to bring some youngsters into the national teams to assist with development.

This sees Western Cape newcomers Kimon Haralambous and Chad Roman getting their first caps for the national team, as does KwaZulu-Natal goalkeeper Gareth May.

But there’s still plenty of wisdom in the team, especially in the shape of captain Pierre le Roux and younger brother Etienne, who give the world longevity new meaning as they are playing their 14th and 12th year respectively for the national outfit.

Coach is Paul Martin, Assistant coach Andrew Duncan and the managerial duties are looked after by Doc Mkhabela. 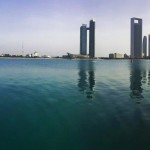 Ho is Cape Town-bound as his bid for Rio intensifies

Tokyo looms, again, We don’t know for sure in what shape of form the Olympics and Paralympics will take place in July to September and if anything 2020 taught us to take nothing for granted. What we do know is that if Tokyo 2020 +1 does go ahead, it will do so against a new-found back drop where simply taking… END_OF_DOCUMENT_TOKEN_TO_BE_REPLACED