Three of South Africa’s leading para-swimmers competed at the Rio Paralympics Test event last week.
Stellenbosch’s Hendri Herbst already has one Paralymics under his belt, in London four years ago, where he won a bronze medal.
Herbst was accompanied by rising star Alani Ferreira from Pietermaritzburg and Hendrik van der Merwe from Pretoria.
Coach for the event was Karin Hugo, who was also part of Team SA at the London Paralympics.
‘Hendri performed well by winning the 50-metre free and 100 backstroke,’ she told Road to Rio 2016. In both these events he swam faster times than senior nationals which will give him an improved ranking for 2016. He also came second in the 100m freestyle event.
Hendrik swam three events (50 free, 100 free and 100 breast in the class S6 and SB5.  He made two finals, the 100m breast and 100m free. He swam an A-qualifying time in the 100m breast and also performed better times than the SA Paralympic trails which were held in Durban recently. He came fourth in the 100 breast and seventh in the 100 free.
‘It was just a small group of three of us here in Rio,’ said Herbst. ‘I swam nationals recently and it was good to improve on my times here so I’m very happy with hour things went.’
‘Alani’s main aim for this event was to get her final classification done. She swam five events and swam a Paralympic A-qualification time in the 100m breast. All her events was straight finals due to limited numbers of swimmers in her class. As a newcomer to International competition she learned what she can expect from future major events and the inner workings of such competitions.’
Hugo also gave some valuable feedback as to facilities and progress in Rio. ‘The swimming stadium is really impressive and the circular seating all around the stadium provides a great view for the spectators. Hendri says the pool is a nice fast pool and he felt light and very comfortable in the pool.
‘There’s still quite a bit of construction to be done in and around the stadium and the warm-up pool still needs to get a roof and a connecting passage to the competition pool. Also, they still have to put in air conditioners to control the heat in a stable environment and finish the change rooms.
‘But the IPC left no stone unturned and tested the medal ceremony, doping control rooms, all the call rooms, accessibility for all the swimmers etc. The final Paralympic swim team will only be announced later but all three swimmers will be hoping to get on the team after experiencing a successful test event.’ 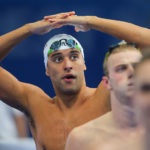 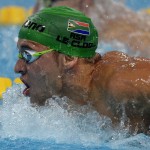 New stars in the making

By GARY LEMKE in Tokyo On the third day of staying in the Paralympic village bubble “it” finally dawned on me. “It” wasn’t the sheer visual aspect of the 4 000-plus Paralympians with disabilities all in the same environment of towering 17-storey apartments and surrounded by a 4km perimeter fence. Admittedly, that is the initial and most common conclusion of… END_OF_DOCUMENT_TOKEN_TO_BE_REPLACED