Team South Africa’s two women triathletes both had frustrating performances in the individual race on Thursday… and have immediately switched focus to the team event on Saturday, writes MARK ETHERIDGE in Gold Coast.

Gillian Sanders ended 15th and Simone Ackermann 18th in a field of 24 finishers at the three-phase event held at Southport Broadwater Parkland.

There was at least some South African connection to write home about as Flora Duffy won the first gold medal of the Games, covering the 750m swim, 20km cycle and 5km run in 56min 50sec.

The Bermuda athlete is a regular visitor to Stellenbosch where she has a training base and her South African boyfriend Dan Hugo is himself an acclaimed Xterra athlete. Although on this occasion he was wearing a Bermuda golf-shirt.

Duffy took the outright lead within 200m of starting the run leg and went to beat England’s Jessica Learmouth by 43sec.

New Zealand-based Ackermann (in main picture) was looking good, very good, in the early stages as she came out of the water in fifth spot. But the pressure of being in the chasing group saw her take a tumble after one lap of the bike leg and in a sprint race there was no coming back.

‘I just took too many chances,’ the 28-year-old told Team SA as she recovered from her war wounds. ‘I was making a turn and my wheel just hit a traffic island and I fish-tailed and hit the ground.

‘I’m just p**sed off right now because I thought I had a bad swim – in the beginning I was a bit swamped and there was a lot of chop but I was surprised when I came out of the water and saw that I was that high up.

‘So then we were working really hard to catch the breakaway and taking more risks than usual and then I crashed.

‘I took a while to recover from the fall and my legs were cramping a bit from the crash. But these things happen… now I must recover as quickly as possible and focus on Saturday’s relay. 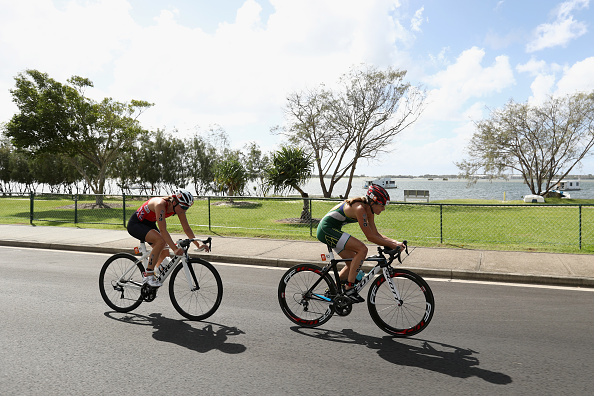 For her part Sanders (above, right) would have been hoping for a lot better after having finished ninth in an ITU event at the same venue last year and being the fourth Commonwealth nation athlete on that occasion.

‘I’m obviously disappointed and really wanted to get at least a top five spot or maybe even a medal,’ she said.

‘After the swim I pushed quite hard on the bike but when it came down to the run I was in no-man’s land and I had a choice of either smashing it and finishing somewhere like 12th or saving myself for Saturday’s relay and there really wasn’t a choice.’

Looking ahead to the team relay and Sanders (at 36 years of age this might well be her last Commonwealth Games) was encouraged. ‘I was very much in contact till the first buoy of the swim which was just after 350m. The swim leg in the relay is only 250m which gives me confidence.

‘Now to just recover as quickly as possible for the relay.’

The SA men were due to compete at 5am (SA time) on Thursday. 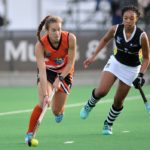 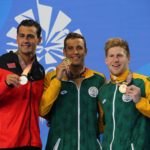 Chad flies to gold but admits he wanted more

Tokyo looms, again, We don’t know for sure in what shape of form the Olympics and Paralympics will take place in July to September and if anything 2020 taught us to take nothing for granted. What we do know is that if Tokyo 2020 +1 does go ahead, it will do so against a new-found back drop where simply taking… END_OF_DOCUMENT_TOKEN_TO_BE_REPLACED