The women’s section of the Cape Town Summer Series came alive at Hartleyvale in Cape Town on Thursday night when the world’s 11th-ranked Investec South Africa women’s hockey team beat world No20 Chile 4-2.
The halftime score was 1-10. Jon Cook reports that three minutes into the match, umpire Tanja Schafer adjudged Chile striker Manuela Urroz to have been body-checked and awarded a penalty corner, which captain Camila Caram slapped powerfully into the goals, the ball deflecting off a stick into the box (1-0).
In the seventh a neat move launched by pacy Shelley Russell, pictured above and involving some good combination play saw SA come agonisingly close to equalising. And towards the end of the first of the four 15-minute chukkas, Bernie Coston and captain for the match, Sulette Damons; Quanita Bobbs and Tanya Britz, combined well on two separate occasions to create opportunities.
Into the second quarter and Illse Davids smashed a great backhand across the face of goal as SA sought parity. Then Russell split the defence with a slide-rule pass and SA earned their first PC, debutant umpire Melissa Taylor of Pietermaritzburg firm in her decision.
Lisa Deetlefs’ PC slap-shot was saved low by keeper Natalia Salvador but Russell was on hand to deftly steer the rebound home for 1-1 in the 24th minute.
A Chile PC came and went and the competitive nature of this Test showed no sign of letting up as the teams went into half-time.
Two minutes into the third stanza (32nd minute) Damons set the game alight with a stunning reverse-stick strike that put SA 2-1 up.
Chile came back two minutes later (35th) to draw level through Manuela Urroz following a PC (2-2).
The pace quickened as the action swung from end to end, allowing more space and time, and Dirkie Chamberlain worked hard to win a PC but the chance was blocked.
Coming out for the final chukka with the score locked 2-2, it was end-to-end stuff, and with seven minutes left good combination play led to Chamberlain smashing a reverse-stick shot that thudded into the backboard for SA to regain the lead (3-2).
With just seconds left Nicolene Terblanche then nailed another goal for the 4-2 final scoreline.
SA now meet Belgium at 6.30pm on Friday, preceded by Chile versus a Western Province Invitation team at 4pm. 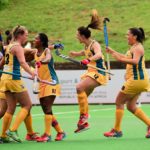 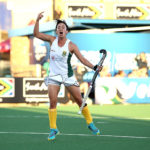 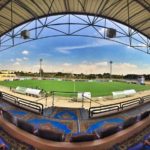 SA sides both into Egypt finals

Tokyo looms, again, We don’t know for sure in what shape of form the Olympics and Paralympics will take place in July to September and if anything 2020 taught us to take nothing for granted. What we do know is that if Tokyo 2020 +1 does go ahead, it will do so against a new-found back drop where simply taking… END_OF_DOCUMENT_TOKEN_TO_BE_REPLACED