South Africa have selected an unchanged Davis Cup team to that which whitewashed Macedonia 5-0 for the crucial Euro-Africa Group One tie against Belarus at the Arthur Ashe Centre in Soweto from May 8-10.

De Jager also said that current South African number one Kevin Anderson, doubles stalwart Wesley Moodie and the revitalised Fritz Wolmarans, had all made themselves unavailable for a tie South Africa must win in order to keep alive any hope of going through to next year’s elite World Group of the competition.

“Anderson,” said De Jager, “wants to continue playing tournaments on clay courts, Wolmarans also wants to play as many tournaments as is possible after his long absence through knee surgery and Moodie gave no specific reason.”

More encouraging for South Africa’s prospects in what is sure to be a tricky encounter against Belarus is that current form player, De Voest, who reached the final of the recent Soweto Open, will lead the challenge to pursue a place in the 2010 World Group.

The winner of the South Africa-Belarus tie will participate in a World Group play-off from a complement of teams who include first-round losers in this year’s prestige segment.

Although not as formidable as they were in recent years when they beat South Africa in the last Davis Cup encounter between the two countries, Belarus are likely to prove far tougher opponents than Macedonia.

Max Mirnyi, once ranked among the top 30 singles players in the world, now concentrates on doubles almost entirely – where he is proving a formidable competitor – and Vladimir Voltchkov has basically retired from tournament competition. 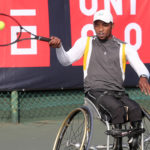 Maripa off to Europe for two top tournaments

Tokyo looms, again, We don’t know for sure in what shape of form the Olympics and Paralympics will take place in July to September and if anything 2020 taught us to take nothing for granted. What we do know is that if Tokyo 2020 +1 does go ahead, it will do so against a new-found back drop where simply taking… END_OF_DOCUMENT_TOKEN_TO_BE_REPLACED