South Africa’s 2016 Olympics football teams will know their opponents for Rio de Janeiro on 14 April.
The draw will be made at the iconic Maracana Stadium, the same venue that hosts the men’s and women’s finals on 19/20 August respectively.
In the men’s tournament, the 16 men’s teams will be drawn into four groups and the 12 women’s teams into three groups.
Defending champions are Mexico (men) and United States (women).
Three spots still need to be decided in the women’s competition and one in the men’s.
The other women’s qualifiers are: hosts Brazil, South Africa, Zimbabwe, Germany, France, Canada, USA, New Zealand and Colombia.
Men’s sides to have qualified are hosts Brazil, South Africa, Argentina, Denmark, Germany, Portugal, Sweden, Fiji, Honduras, Mexico, Algeria, Nigeria, Iraq, Japan and South Korea. Colombia and the United States play off to in March to complete the final line-up.
The soccer competition will be decided between 3-20 August. 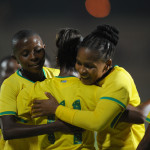 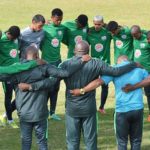 Amajita back in camp before jetting off to Zambia