Team South Africa’s single competitor at the 2018 Winter Olympics, Connor Wilson gets his second chance in PyeongChang on Thursday.

Sunday saw him losing a ski on Run One of the giant slalom event and he was unable to make any progress in his debut Winter Olympics, his run coming to a spectacular halt as he took a big tumble.

But a new day has dawned and the 21-year-old Johannesburg Alpine skier has put Sunday behind him.

He told Team SA from South Korea: I’m certainly disappointed with the result but having said that, finishing is never a guarantee in this sport.

‘I was actually two-thirds of the way down the course when I crashed,’ he reflected.

‘It was also the steepest and most difficult section of the run.’

There were also mitigating circumstances for the Vermont, United States-based athlete. He explained: ’Having started with bib number 107, the track was extremely bumpy when I skied it.

‘Unfortunately, these bumps caused my ski to come off unexpectedly.’

He’s moving on though and is targeting Thursday. ‘My next event is the Slalom race this Thursday and being my stronger event, I’m eager to see how I will perform.’

Wilson will start in 96th position, towards the end of the run and  the course is looking hard and icy.

Catch Wilson in action on SuperSport 11 from 2.55am on Thursday. 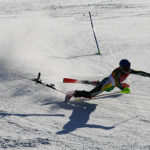 Winter Olympian Wilson will be back for more 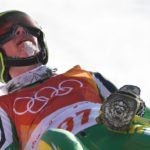 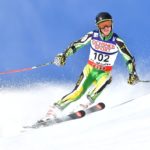 Team SA all set to go at Winter Olympics